PM Narendra Modi was addressing the valedictory ceremony at the Conference of Directors General and Inspectors General of Police at Kevadiya in Gujarat. 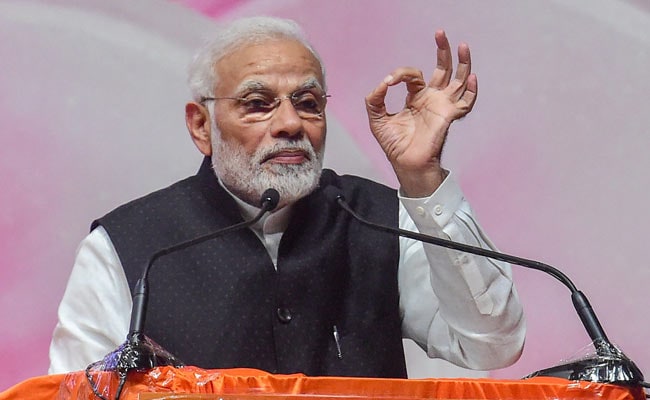 Prime Minister Narendra Modi on Saturday praised the police forces of the country, especially from Jammu and Kashmir for their role in countering terrorists.

The PM's praise came on the day when six Kashmiri terrorists were gunned down by a joint team of the army, the Central Reserve Police Force (CRPF) and the special operations group of the state police.

The terrorists belonged to Ansar Ghazwatul Hind, an Al Qaeda-affiliate.

Soliha, the deputy of high-profile terrorist Zakir Musa, also known as Rehaan Khan, was killed in the encounter in the Tral area after the group fired at security forces who had surrounded the Arampora village after receiving a tip about the terrorists' presence.

Addressing the valedictory ceremony at the Conference of Directors General and Inspectors General of Police at Kevadiya in Gujarat, PM Modi said he was "proud of the police force in Jammu and Kashmir for their role in countering terrorists, and successfully engaging them".

According to an estimate, the current year saw the highest number of individuals being killed in conflict in the last one decade. The toll is estimated to be as high as 413 people, including 237 people, 94 civilians and 81 armed forces personnel.

Out of the 237 terrorists, 163 were killed since June this year, the month when Governor's rule was imposed after BJP broke its alliance with the Mehbooba Mufti-led PDP, bringing down the government.

Last week also, three terrorists, including two minors, were gunned down by the security officers in the outskirts of the state capital Srinagar. The terrorists belonged to the Pakistan-based outfit Lashkar-e-Taiba, sources said.