The Sena pointed out how, in a direct interview, many questions could have been asked and any "fake statement" would have been detected by the interviewer. 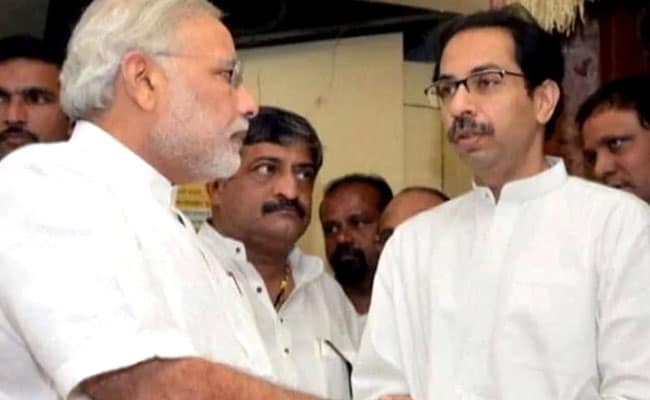 "The reporters sent questions to the PMO, which sent written replies. Many have treated it as an interview. In other words, it is propaganda," the Sena said in ''Saamana'' and ''Dopahar Ka Saamana,'' the party''s mouthpieces.

"It happens in China, Russia and Communist countries, a case of one-sided dialogue," it added.

The Sena pointed out how, in a direct interview, many questions could have been asked and any "fake statement" would have been detected by the interviewer. "That much freedom must be allowed to journalists.

"The incumbent Prime Minister seems to have ended this tradition. He answers what he deems proper and the interviews are published accordingly," the Sena said in a commentary.

It noted that in the interview, the Prime Minister indicated that seven million jobs were created in one year, of which 4.5 million came up between September 2017 and April 2018.

"The implication is that by 2019, double and triple number of jobs will be created, the PM feels," the Sena pointed out.

"If the interview had been conducted face-to-face, the journalist would have got the opportunity to ask supplementaries such as in which sectors these jobs have been created and how to verify (the claims).

"If so many jobs have indeed been created, then why do unemployed youths rampage on the streets for employment and job reservations?" it asked.

It said barely two years ago after demonetization, there were huge job losses, both in the organized and unorganized sectors.

"In the recent (Maratha) agitation, over 500 factories were attacked in Aurangabad and Pune, thanks to the government''s policies," it said.

"In the past four years, the PM did not hold a single press conference, but expressed his mind through (radio program) Mann Ki Baat which the media reported, but it brought no laurels to (PM) Modi," Saamana said.

"Before the (2014) elections, (Narendra) Modi was a friend of the media, but after becoming the PM, he has retreated into a cage... If this continues, then many journalists may lose their jobs."