In a litany of complaints, the Congress has accused both PM Narendra Modi and BJP president Amit Shah of hate speeches. 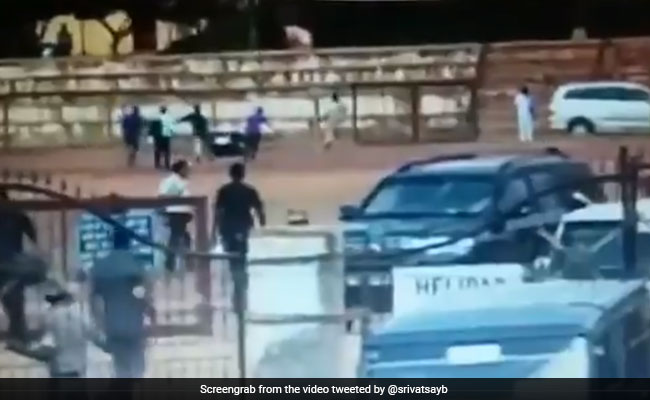 The Congress has asked the Election Commission to take action against Prime Minister Narendra Modi, flagging a "mysterious box" that was moved from his helicopter to his car when he was campaigning in Karnataka's Chitradurga last week.

Party spokesperson Anand Sharma had yesterday said the Election Commission must look into the contents of the "mysterious box".

"We saw that there were three more choppers escorting the Prime Minister's helicopter. After landing, a black trunk was taken out and whisked away in a private car that was not part of the special protection group carcade," he had said.

Mr Sharma alleged that the trunk may have contained money. The BJP had trashed the Congress's allegations.

The Prime Minister had addressed the election rally in Chitradurga on April 9. Soon after the rally, Congress workers posted the video on Twitter asking uncharitable questions. NDTV cannot independently verify the authenticity of the video.

In a litany of complaints to the Election Commission today, the Congress has accused both PM Modi and BJP president Amit Shah of hate speeches. The party has also brought to the poll commission's notice railway tickets with PM Modi's images.

Mr Satti had said that if Mr Gandhi can call Prime Minister Narendra Modi -- who refers to himself as India's chowkidar (watchman) -- a thief, he is also free to abuse him. "Rahul Gandhi is out on bail, his mother is out on bail, his brother-in-law is out on bail, and yet he calls the Prime Minister a thief. A Punjabi man asked me to convey this to you with a heavy heart, and that inspires me to tell you this. If PM Modi is a thief, then you are a m********," he was heard saying in a video widely circulated on social media.