Priya Dutt had written to party president Rahul Gandhi in January that she wanted to opt out of the contest this time. 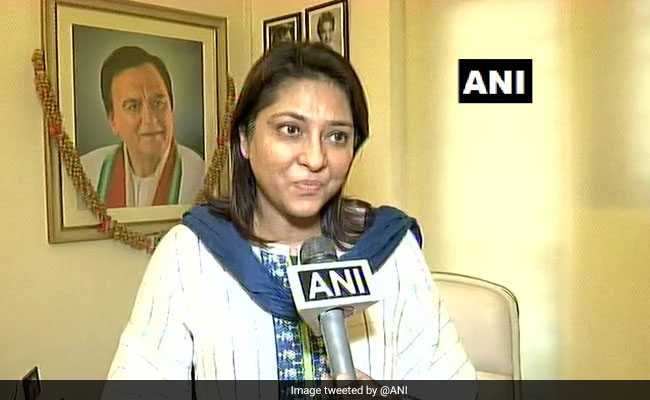 Priya Dutt has reportedly been told by the party chief that she must contest.

Former Congress lawmaker Priya Dutt has decided to contest the national election after all, announcing a change of heart two months after saying she would call it a day. She was named as the party's candidate from Mumbai North-Central this evening when the Congress released its second list of contenders.

"I am in the race. I am fighting this election. I am fighting for the future of my children. It is a fight to save our democracy," Priya Dutt was quoted as saying by news agency ANI.

The former Congress MP won the Mumbai North West seat in two elections after the death of her father, legendary actor and party leader Sunil Dutt. In the 2014 election, she lost to Poonam Mahajan of the BJP.

The 52-year-old Congress leader had written to party president Rahul Gandhi in January that she wanted to opt out of the contest this time.

Priya Dutt and another Congress leader, Milind Deora, have been upset with Mumbai Congress chief Sanjay Nirupam and they both had complained to Rahul Gandhi.

Priya Dutt has reportedly been told by the party chief that she must contest.

She was first elected to the Lok Sabha in 2005. In 2014, she was one of the many Congress leaders to be swept aside by what was assessed to be a wave in favour of Narendra Modi. The Congress ended up with its worst-ever tally of 44 seats in the national polls.

Priya Dutt has mentioned disagreements with party colleagues in a statement in January. "To all those in the party who I have had disagreements with, I hope they understand it was never personal. I have only represented what was best for the party, the workers, and my constituents."

But she insisted that her decision not to contest the elections is purely personal. "My boys are now 13 and 11 years old. I had missed so many special moments in their lives and want to be there for them more than ever before... every parent will understand why. These are crucial years for my boys. Life is changing for them, as it is for me, and it is important for them to have both their parents around. My husband has steadily supported me all these years and has sacrificed much of his life to adjust to mine. It was time for me to be together with and for them," Ms Dutt said.