The Supreme Court today upheld the constitutionality of Aadhaar, but struck down Section 57, which allows private companies to demand the users' Aadhaar details in return of services 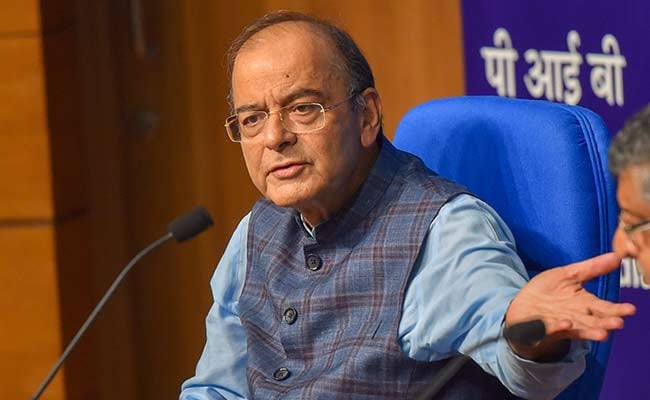 After the Supreme Court cleared the use of Aadhaar for access to welfare schemes but struck down attempts to make it mandatory for banks and corporates, Finance Minister Arun Jaitley said that the government would now assess if prohibiting private companies from using Aadhaar data was done in the absence of law.

The Supreme Court today upheld the constitutionality of Aadhaar, but struck down Section 57, which allows private companies to demand the users' Aadhaar details in return of services.

"Section 57 (of the Aadhaar Act that has been struck down by the Supreme Court) says that there can be special enabling power to allow other entities or body corporate (to use Aadhaar). I can give you my information (about the judgement). That is not permissible unless it is backed up by law. That seems to be the spirit of the judgement," he said.

The finance minister added that there are two to three prohibited areas and a thorough reading of the judgment is required to understand if they are prohibited because they need legal backing.

He also said that some of the prohibitions can't be assumed to be "perpetual".

"Don't assume that it is perpetually prohibited. It may be temporary. The court has only disallowed Aadhaar in some of these cases which aren't backed by law," he said.

While suggesting that the government make take steps to enable corporates to use Aadhaar data eventually, he said if there is scope, the government will definitely explore possibilities.

"The government has every intention to go by this judgment. It has set a law which will be followed... There are some prohibited areas where we cannot go. But wherever there are permitted areas, the government will explore its options," Mr Jaitley said.

Ravi Shankar Prasad, Union Minister for Law and Justice and also Information and Technology, said the government would soon introduce a data protection law based on the recommendations of the report of the Srikrishna committee on data privacy.

"Work on a data protection law is underway at a rapid pace," Mr Prasad said.