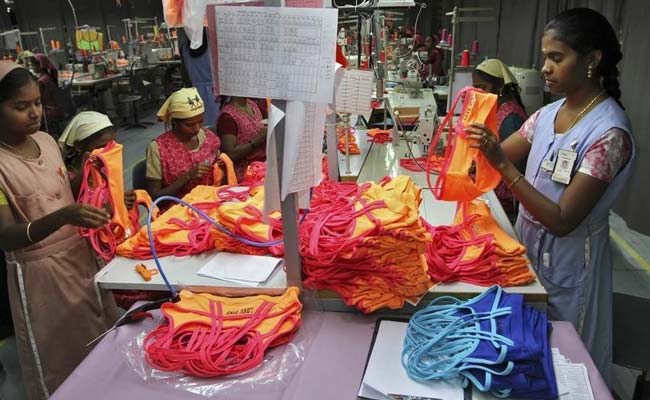 Employees sort lingerie before packing them inside a factory in Kanchipuram district, 30 km (18 miles) south of Chennai. (Reuters)

BENGALURU: Discretion is paying off for India's largest online lingerie retailer Zivame: its sales have risen five-fold in the four years since its launch and just last week, it received $40 million in funding from local and foreign investors.

The start-up is one of several e-tailers cashing in on the awkwardness many middle-class women feel buying underwear in public.

It now plans to further boost sales by opening 100 "fitting salons" over the next three years where clients can get measured before making purchases online, its founder said.

"We made it cool to talk about lingerie," Richa Kar, who is also Zivame's chief executive, said. "We answered the question of whether lingerie is worth investing in."

Physical stores ring in the bulk of the sales in India's 110 billion rupees (170 crore) lingerie market. These shops, however, range from pricey boutiques in glitzy malls to streetside stalls and makeshift shops where the sales assistants are often men.

Many women say websites give them a discreet, budget-friendly and comfortable alternative, fuelling growth in the online lingerie sector which consultants Technopak estimate at 70 percent a year, albeit from a small base.

The overall lingerie sector is growing at 16 percent, they added.

Zivame is currently valued at around $100 million. After its latest funding round, it counts Zodius Technology Fund and Malaysian state fund Khazanah Nasional Berhad as investors.