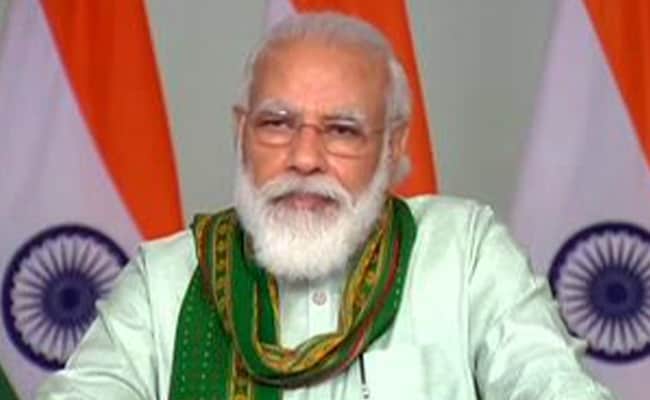 PM Modi emphasised on extensive use of technologies to improve forecast systems. (File)

He emphasised on extensive use of innovative technologies to improve forecast and warning system.

The meeting was also attended by Defence Minister, Health Minister, both the Minister of State in Home Affairs, and senior officials of the concerned central ministries and organisations.

The Prime Minister said over the past few years, forecasting agencies like India Meteorological Department (IMD) and Central Water Commission (CWC) have been making efforts to make better and more usable flood forecasts. They are trying to provide not only rainfall and river-level forecast but also location-specific forecast of inundation, he said.

PM Modi also raised concerns over rescue efforts amid the coronavirus pandemic, saying that states must ensure that people follow all health precautions such as wearing face masks, hand sanitisation and maintaining adequate physical distance. He said relief material should include provision for hand washing or sanitising and face masks for the affected people.

"Special provisions should be made for elderly people, pregnant women and people with co-morbidity," the PM said.

He said states should ensure that all development and infrastructure projects must be built with resilience to withstand local disasters.

The Prime Minister directed officials of concerned ministries and organisations to take action on the suggestions given by the states and assured that the Centre will continue to provide its support in dealing with various disasters.

Fake Date Sheet For Board Exams Being Circulated, Warns CBSE