Amit Shah, on a two-day visit to West Bengal, held a meeting with the party's state election committee here after his arrival today. 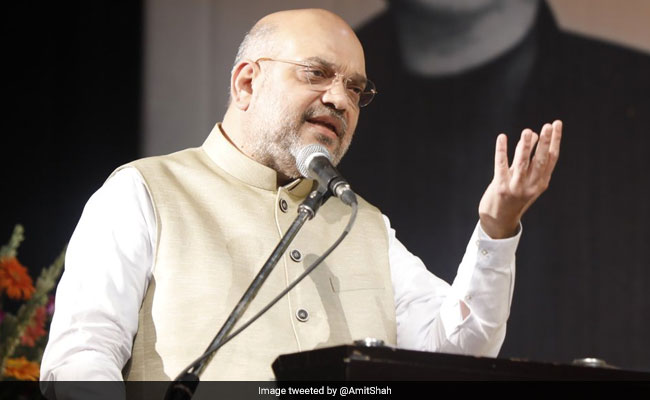 BJP President Amit Shah on Wednesday exhorted the party's West Bengal leadership to reach out to the masses to prepare for an all out battle against the alleged misrule of the TMC, a state unit leader said.

Mr Shah, on a two-day visit to West Bengal, held a meeting with the party's state election committee here after his arrival today.

"Our party president has asked us to fan out in the districts to prepare for an all out battle against the misrule of the TMC, a senior leader of the BJP's state unit, who attended the meeting, said.

"He has asked us to prepare a list of issues for the Lok Sabha polls," the BJP leader said.

A total of 15 party leaders have been asked to cover 37 organisational districts and each of them has been asked to stay there for a fortnight, he added.

Amit Shah also directed the state unit leaders to hold rallies to apprise the people in every block of the state of the Modi government's development programmes, he said.

The BJP president had set the target of 22 seats from West Bengal for the next year's Lok Sabha elections.

But buoyed by its good performance in the recently held panchayat polls, where the party stood second and outperformed the CPI(M) and the Congress, the BJP state unit changed the target to 26 seats.

During his visit, Mr Shah is scheduled to address a rally in Purulia district, where two BJP workers were killed a few days ago.