Turned Away By A UP Hospital, Woman Gives Birth On The Roadside 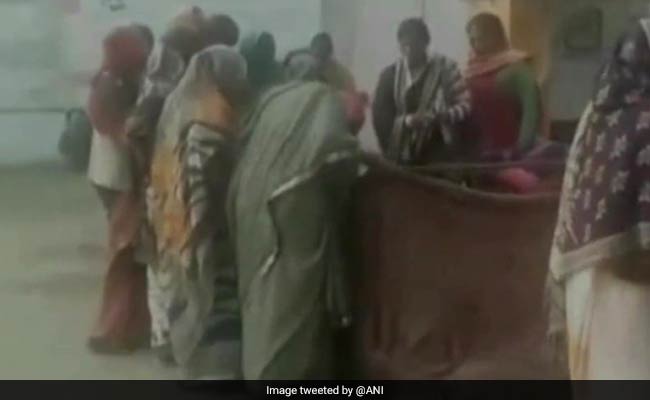 The second time in less than a year a hospital in Uttar Pradesh allegedly turned away a pregnant woman, who was forced to give birth on the roadside on Wednesday. "I've been informed that a pregnant woman was forced out by a staff nurse. I've ordered an investigation and strictest action will be taken against guilty person," Dr BM Kharre, a senior official in Jalaun told news agency ANI.

The woman's family alleged that she was taken to the primary health care centre yesterday but they sent her away and asked them to bring her another three days later. But when her condition worsened, the family took her to the government hospital but there also the nurse allegedly refused to admit her and she delivered a baby girl outside the hospital on the road.

Several women made an enclosure with a couple of sheets and the baby was delivered. Angry family members protested over alleged medical negligence on the part of the of hospital.

Last August, in Shravasti, two hospitals turned away a pregnant woman and she was forced to deliver the baby on the roadside.

The District Magistrate of Shravasti, Deepak Meena had ordered an inquiry in the case.