Speaking to NDTV, Mamata Banerjee said that the same concerns were raised by senior Trinamool Congress but it was "made clear" to them that the party will continue its association with him. 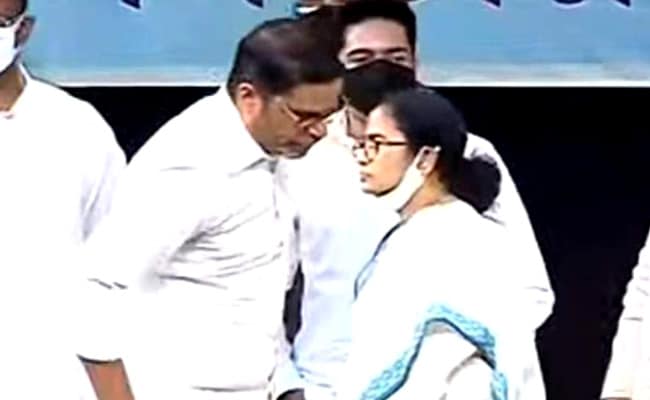 Prashant Kishor continues to work with Trinamool even after its giant victory last year.

The Trinamool Congress will continue to work with political strategist Prashant Kishor, party chief Mamata Banerjee told NDTV today. The comment from Ms Banerjee, who was voted back to power in Bengal with help from Prashant Kishor's outfit IPAC, came days after Mr Kishor's failed attempt to join the Congress party.

Prashant Kishor or PK's talks with the grand old party fell through last week after Congress did not accept his demands for a free hand in the party. Instead, Congress offered him to join the party as part of its "Empowered Action Group" which he declined.

According to party sources, a section in the Congress had cited what they called Mr Kishor's lack of "ideological" commitment, pointing to the IPAC's deal with Telangana's ruling party and the Trinamool Congress.

Speaking to NDTV, Mamata Banerjee said that the same concerns were raised by senior Trinamool Congress but it was "made clear" to them that the party will continue its association with him.

"Even within the Trinamool Congress there were differences of opinion on his role but it was made clear that the association with him will continue as an election strategist," she said.

Prashant Kishor, who was drafted by Mamata Banerjee for her Bengal election campaign, continues to work with her party even after its giant victory last year.

In recent months, he has been instrumental in recruiting veterans from rival parties, mainly the Congress, for the Trinamool. He has also held talks centered on Mamata Banerjee as the possible pivot of an opposition coalition to take on the BJP in the 2024 national election.

After months of negotiations and speculation about Congress's acceptance of his offer to rejuvenate the party as part of it, Mr Kishor had turned down the party proposal to join its "Empowered Action Group". PK wanted to be either political secretary to the Congress president or Vice President, sources said.

Sources close to Prashant Kishor and the Congress had indicated that the party was unwilling to commit to the sweeping reforms he suggested, which would have taken a chunk of veterans out of their comfort zones.