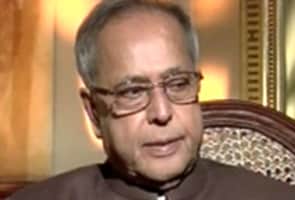 New Delhi: Finance Minister Pranab Mukherjee has convened the first meeting of the Group of Ministers (GoM) on corruption later in the day, which among other things, would discuss steps to fast-track cases of corruption against public servants.

The meeting of the GoM, according to sources, will be attended by several senior ministers, including Home Minister P Chidambaram, Defence Minister A K Antony, Railway Minister Mamata Banerjee and Telecommunication Minister Kapil Sibal.

The GoM, sources said, will consider amendments to Article 311 of the Constitution to incorporate provision for summary trial of cases involving grave misdemeanour and blatant corruption by public servants.

The high-powered committee, they said, will suggest legislative and administrative measures to deal with cases of corruption and improve transparency in functioning of the government.
Comments
Pranab MukherjeeGroup of Ministers meetingGoM corruptionPranab corruption