Assembly elections in Jharkhand will be held in five phases between November 30 and December 20. The counting of votes will take place on December 23. 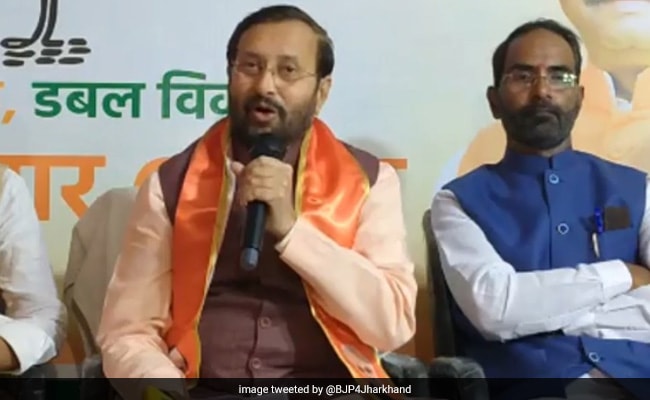 Union minister Prakash Javadekar on Sunday said that the BJP's work in Jharkhand has ensured full faith of people in the party ahead of assembly elections in the state.

Mr Javadekar, who was in Ranchi to inaugurate the BJP's media centre, said the party has been successful in establishing a stable and development-oriented government in the state during the last five years.

"The BJP would get the full faith of the people during the upcoming assembly elections, purely on the grounds of development," the Union Environment, Forest, Information and Broadcasting Minister said.

"Even the opposition could not level corruption allegations during Raghubar Das's term," he said.

Assembly elections in Jharkhand will be held in five phases between November 30 and December 20. The counting of votes will take place on December 23.

Mr Javadekar alleged that the opposition alliance -- comprising the Congress, the Jharkhand Mukti Morcha and the RJD -- ruined the image of Jharkhand "through a spate of scams" and by "prolonging" the statehood for several years.