Pradeep Panigrahy, once a close aide of Chief Minister Naveen Patnaik, was arrested by the vigilance wing in a case of cheating people with fake promises of jobs. 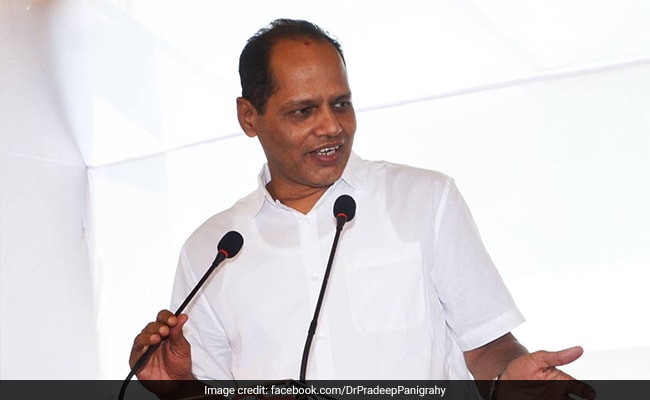 The 56-year-old legislator was in jail for about seven months and released on bail in June this year.

The anti-corruption vigilance sleuths have seized 1,440 gram gold and a designer necklace worth Rs 24.25 lakh from the house of Gopalpur MLA Pradeep Panigrahy, an official said.

The vigilance in a statement after 23 hours of search at Pradeep Panigrahy, his relative and associates houses said: "During the course of searches... 1,440 gm gold and a brand designer necklace worth Rs 24.25 lakh were found in the house of Dr Pradeep Kumar Panigrahy and seized."

Steps are being taken for their attachment, the statement said, adding that measures are also being taken for freezing of bank accounts of Pradeep Panigrahy and his family members.

Examination of witnesses, suspects, and accused shall be carried out in due course of time, the official said, adding that the investigation was continuing.

Earlier, a case was registered against Pradeep Panigrahy on October 4 following a direction from the Lokayukta. Searches were conducted at 15 places in Bhubaneswar and Ganjam district on Sunday.

Documents relating to the purchase of land, jewellery, bank passbooks, credit/debit cards, laptops, mobile phones and other articles were seized during the raid carried out by SP of Vigilance Cell, two additional SPs and 17 DSPs, the official said.

Ahead of the simultaneous search, the Directorate of Vigilance had conducted a secret verification of Gopalpur MLA's property last year on the allegation of accumulating assets illegally and lodged a complaint against him with the Lokayukta on December 9, 2020. The vigilance wing was directed to launch an inquiry into the matter.

The investigation revealed that Pradeep Panigrahy had made huge illegal gains as a public servant between May 24, 2009, and November 30, 2020, and submitted an inquiry report to the Lokayukta on May 28 this year, they said.

The statement issued by the vigilance said that after examining the report, the Lokayukta noted that there was a prima facie case against him under the Prevention of Corruption Act and authorised the Vigilance to carry out searches under the Odisha Lokayukta Act as part of its investigation.

Pradeep Panigrahy, once a close aide of Chief Minister Naveen Patnaik, was arrested by the vigilance wing in a case of cheating people with fake promises of jobs.

The 56-year-old legislator was in jail for about seven months and released on bail in June this year.

Pradeep Panigrahy was expelled from the ruling BJD on charge of "anti-people" activities in November last year.

The Gopalpur MLA had rejected all the allegations of cheating job seekers and alleged that his relatives and supporters were being harassed by the police after his expulsion from the party.