UP Panchayat Election Result 2021: "An FIR has been lodged against ARO Virendra Kumar, who is an executive engineer in the irrigation department. A a letter recommending action against him would be sent to the State Election Commission," the District Magistrate said. 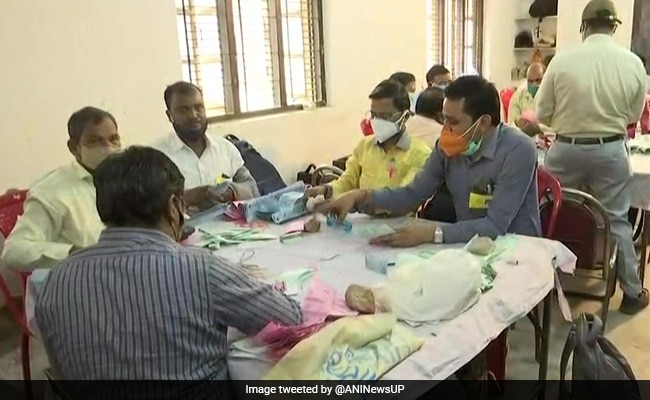 An FIR or police case has been registered against a government official deputed as additional returning officer (ARO) in the Uttar Pradesh panchayat elections for allegedly giving winning certificates to candidates who lost, an official said today.

On Wednesday night, there were incident of arson in Nai Bazar police outpost by the supporters of the candidates who alleged that they was not declared winner due to fraud committed by the official.

Police have arrested 18 people and lodged four separate FIRs in connection with vandalism and arson of the police outpost.

After the counting of votes on Tuesday, Ravi Nishad, a candidate of district Panchayat ward number 60, and Kodai Nishad, of ward number 61, claimed they have won the election with over 2,000 votes, but the administration didn't give them certificate.

The supporters of Ravi Nishad and Kodai Nishad held a demonstration at Nai Bazar crossing, pelted stones, and also set the police post there on fire, reported news agency Press Trust of India.

"An FIR has been lodged against ARO Virendra Kumar, who is an executive engineer in the irrigation department. A a letter recommending action against him would be sent to the State Election Commission," the District Magistrate said.

Police said, "Four cases under various sections of the Indian Penal Code have been lodged against 60 named and 500 unidentified people in connection with the vandalism. Based on CCTV footage, we have arrested 18 people and are looking for others."

SSP Dinesh P Kumar said strict action would be taken against those involved in the arson.