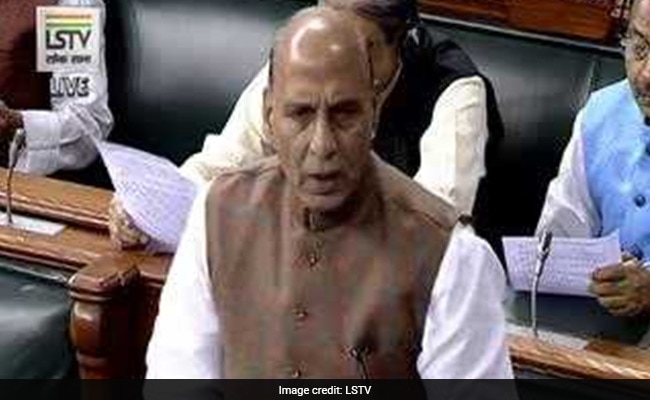 Lucknow: Union Home Minister Rajnath Singh Saturday said politics has always been a part of India with legends indulging in it, but the same has now lost its essence and meaning.

Addressing a seminar organised by the Akhil Bhartiya Vidyarthi Parishad (ABVP) in his parliamentary constituency, he said Lord Rama and Lord Krishna had indulged in politics for 'Ram Rajya' and 'dharma'.

"Politics has been done since long in India...Lord Rama, Lord Krishna, freedom fighters Chandrashekhar Azad, Bhagat Singh, Gandhi and Subhash Chandra Bose have all done politics...the difference in their politics was of character and dedication to values...," he said.

"There has been a fast change in the past 30 years in the opinion of people towards those doing politics...telling lies, betraying people, stabbing people in the back, leg pulling is what is today considered as politics...politics has lost its meaning," he said.

Promoted
Listen to the latest songs, only on JioSaavn.com
The senior BJP leader also went down to explain the different contexts of politics.