The CBI said Maharashtra's petition was wholly misconceived and an attempt to interfere with the CBI's probe against Deshmukh. 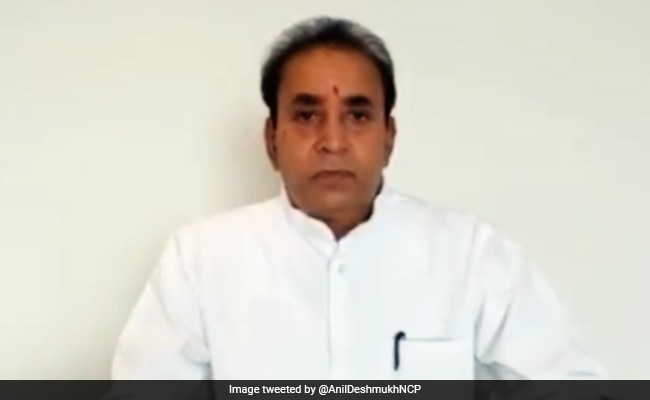 The CBI said state's plea was an attempt to interfere with probe against Anil Deshmukh. (FILE)

The Central Bureau of Investigation (CBI) told the Bombay High Court on Monday that a state's police force was an independent institution, supposed to be free of the executive's control and not part of some "zamindari system' as it opposed the Maharashtra government's move to seek quashing of summons issued to two top bureaucrats in the Anil Deshmukh case.

The Maharashtra government had no right to approach the court and seek that the summons issued by the central agency to state chief secretary Sitaram Kunte and current DGP Sanjay Pandey, related to its extortion probe against former home minister Anil Deshmukh, be quashed, the CBI told a bench of Justices Nitin Jamdar and SV Kotwal.

Additional Solicitor General Aman Lekhi, who appeared for the CBI, told the bench that as per law, the police force was institutionalized and was not part of some "zamindari system" that the Maharashtra government could approach the High Court claiming it was doing so on behalf of its entire police establishment since the CBI's summons to its DGP was demoralising the force.

Lekhi said the state's petition was wholly misconceived and an attempt to interfere with the CBI's probe against Anil Deshmukh.

The Maharashtra government's counsel, senior advocate Darius Khambata, had earlier told the bench that the state was justified in approaching the High Court in the case since the CBI's summons to the chief secretary and its senior most police officer was demoralising its entire police force.

Khambata had said that the state had approached the High Court by invoking its "parens patriae jurisdiction"- a provision of law that allows the next of kin, a legal guardian, or a friend to approach court on behalf of someone who is a minor, disabled, or, not in a position to approach the court.

Lekhi, however, said, "The question of parens patriae doesn't arise. We are dealing with delinquency in a criminal case and in criminal law, the doctrine of parens patriae cannot be invoked to stall a central agency's investigation."

"This shows the desperation of the state. In which category do the DGP and chief secretary come - minor, insane, disabled?" he asked.

Lekhi further said in the present case, no fundamental right of the state government was being violated.

He claimed the state government's real intent was to interfere in the CBI's probe into the allegations of extortion made against Deshmukh by former Mumbai police commissioner Param Bir Singh.

"The police force is not a part of some zamindari system. Therefore, the executive can't lay a claim to be a proprietor of its police force and come to court saying the entire force is being affected carrying the mindset that these are our officers," Lekhi said.

Lekhi opposed the state government's submission that the ongoing probe was compromised since the present CBI director Subodh Jaiswal was the state DGP when Deshmukh was the home minister and had hence been part of several meetings in which transfers and postings of police officials had been discussed.

The state government had said that since the CBI was probing Deshmukh's interference in transfers and postings, Jaiswal, who took charge as director of the CBI in May this year, himself should be a potential subject of Investigation.

Lekhi, however, said, "Jaiswal is a member of the (Police Establishment) board, the board had meetings, so obviously he attended those. The question though is, has what has happened because of his participation in those meetings, or because of the home minister's conduct?"

"The involvement of Deshmukh and Deshmukh putting his men out for extortion is under scrutiny," he said.

Following an order of the Bombay high court issued on April 5 this year, the CBI conducted a preliminary inquiry into the allegations made by Singh against Deshmukh (71).

The central agency subsequently registered an FIR against the NCP leader.

In September this year, the CBI summoned chief secretary Kunte and DGP Pandey, asking them to report to the central agency's office in Delhi for answering questions related to Deshmukh.

The Maharashtra government, however, approached High Court challenging the summons.

The HC will hear the plea further on November 23.