The 20th anniversary of the Pokhran nuclear test marks 20 years of the Pokhran-II operation which made India a full-fledged nuclear state. 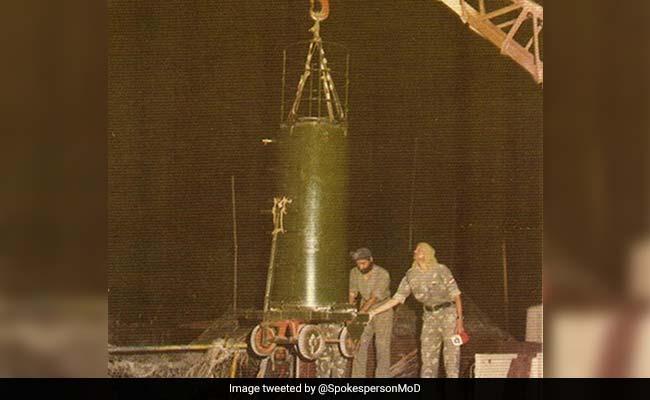 Pokhran II anniversary: Readying the store before lowering it for the nuclear weapons testing.

New Delhi: India on Friday (May 11, 2018) is observing the 20th anniversary of the Pokhran-II nuclear bomb tests which were conducted at the Pokhran Test Range in Rajasthan's Jaisalmer district in May 1998. A series of five nuclear explosions were conducted between May 11 and May 13, 1998, at the end of which the central government led by Prime Minister Atal Bihari Vajpayee declared India a full-fledged nuclear state. May 11, the day of first of the five explosions during the Pokhran-II nuclear weapons testing, was officially declared as the National Technology Day. 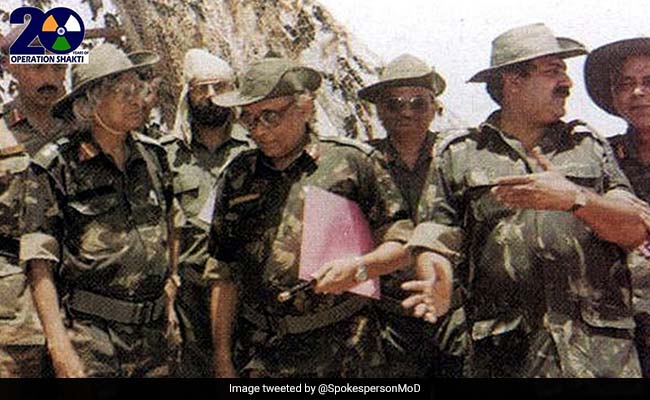 For Pokran-II, a team of more than 100 scientists, technicians and soldiers under the leadership of former President Dr APJ Abdul Kalam, then the chief of the Defence Research and Development Organisation or DRDO, and Dr R Chidambaram, then the chairman of the Atomic Energy Commission, conducted five underground nuclear tests, the Defence Ministry tweeted on Friday.

The Pokhran-II nuclear weapons tests, code-named Operation Shakti, are considered different from the 1974 Pokhran-I exercise, code-named Smiling Buddha, because back then India conducted one detonation that it designated a "peaceful nuclear explosion". Many experts believe that designating the exercise as a nuclear weapons test in 1974 would subject India to the kind of sanctions and embargoes it experienced after 1998 - thus crippling its nuclear programme. This is why India did not declare itself a nuclear-weapons enabled country in 1974.
Comments
Pokhran AnniversaryPokhran Nuclear TestNuclear Weapons Testing