The financial scandal involving PMC Bank and HDIL has sparked renewed concerns about the health of India's troubled banking sector, leading the Reserve Bank of India to make a statement and say "the Indian banking system is safe and stable"

A Mumbai court hearing the PMC Bank case has extended police custody of Housing Development and Infrastructure Limited (HDIL) Directors Rakesh and Sarang Wadhwan till October 14. The Wadhwans were arrested last week by the Economic Offences Wing of the Mumbai Police after their real estate firm set off a crisis in the Punjab Maharashtra Cooperative (PMC) Bank by defaulting on loans worth Rs 4,355 crore.

Distressed PMC customers, who have argued that the revised Rs 25,000 limit on withdrawals imposed by the Reserve Bank of India (RBI) is still too little, gathered outside the court to protest. Carrying placards that read "No Bail, Only Jail", they accused the RBI of not taking strict action against the erring officials and appealed to Prime Minister Narendra Modi to intervene in the matter.

Last week the Enforcement Directorate filed a money-laundering case against Rakesh Wadhwan and his son, Sarang. The probe agency carried out raids at six places in Mumbai, including the HDIL office in Bandra (East) and the Wadhwan residence in Bandra (West).

Two Rolls Royce cars worth nearly Rs 6 crore each and a Bentley Continental GT worth approximately Rs 2 crore were among a dozen cars seized. On Saturday the agency said it had also attached a private jet and jewelry worth Rs 60 crore. 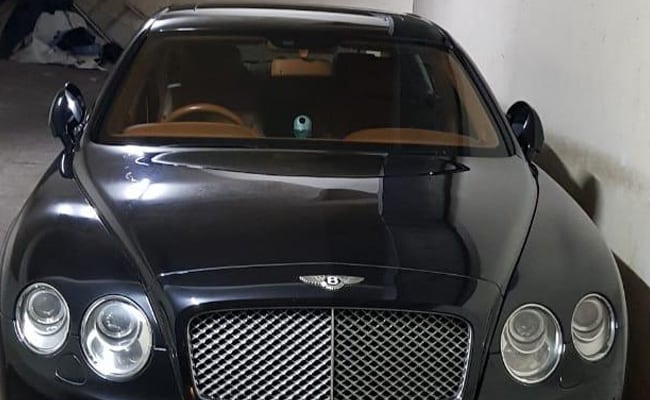 The Wadhawans, promoters of HDIL, openly maintained a flamboyant lifestyle.

In a letter written last week, Joy Thomas admitted to misleading the Reserve Bank of India (RBI) for seven years by concealing and misreporting default on loans given to HDIL.

"... as loans outstanding were huge and if these were classified as NPA (non-performing assets) it would have affected the profitability of the bank... this would have created reputation risk for the bank. As the HDIL group had a good record of clearing dues with certain delays we continued to report all the accounts as standard accounts," Mr Thomas's letter read.

The PMC case has sparked renewed concerns about the health of India's troubled banking sector, which has been rocked by a multi-billion dollar fraud at a state-run lender, the collapse of a major infrastructure lender, bad loan issues at state-run banks and a liquidity squeeze that has hit shadow lenders.

The RBI has responded to allay fears over the crisis.

"There are rumours in some locations about certain banks including cooperative banks, resulting in anxiety among the depositors. RBI would like to assure the general public that Indian banking system is safe and stable and there is no need to panic on the basis of such rumours," the RBI said in a tweet on October 1.