PMC Bank crisis: A petition in the Supreme Court, seeking a bailout package and withdrawal of limit for depositors, was turned down 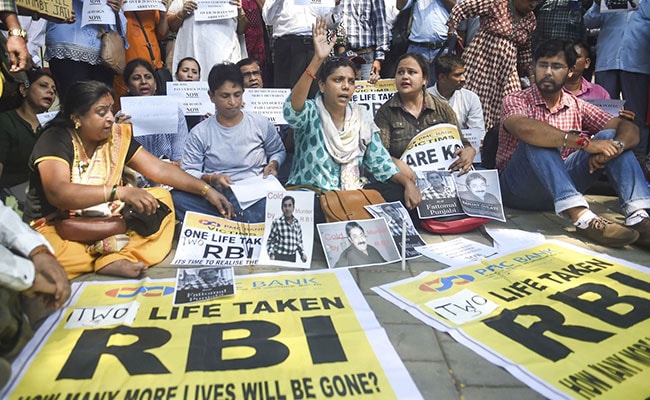 Depositors of the crisis-hit Punjab and Maharashtra Co-operative (PMC) Bank will have to stick to the withdrawal limit of Rs 40,000 for six months that was fixed by the Reserve Bank of India (RBI). A petition in the Supreme Court, seeking a bailout package and withdrawal of limit for depositors, filed by Delhi-based activist Bejon Kumar Misra was turned down by Chief Justice of India Ranjan Gogoi today.

"We are not inclined to entertain this petition under Article 32 (writ jurisdiction). Petitioner can approach the high court concerned for appropriate relief," the Supreme Court bench that included Justices SA Bobde and S Abdul Nazeer said.

On the government's behalf, Solicitor General Tushar Mehta told the top court that the centre "shares the concerns of PMC Bank account holders", adding investigators have seized 88 immovable assets of all the accused and the police have arrested them.

Three deaths have been reportedly linked to the fallout of the PMC Bank scam. A customer who had deposits of over Rs 90 lakh died of a cardiac arrest in Mumbai on Monday, hours after attending a protest by distressed customers outside a city court. Another account holder, a doctor, reportedly killed herself in Mumbai, though the police denied a link with financial distress. In the third incident on Wednesday, the man's family said he was under severe stress ever since the crisis in the PMB Bank surfaced.

According to a circular by the RBI in June 2017, depositors are guaranteed up to a maximum of Rs 1 lakh per aggregate account such as joint account if a bank goes belly up. The Deposit Insurance and Credit Guarantee Corporation, a fully-owned arm of the RBI, provides the cover for deposits in commercial banks, regional rural banks, local area banks and cooperative banks.

Bank customers are, however, of the view that the safety net of Rs 1 lakh - one of the lowest among countries that have similar protection - is on shaky ground as deposits may go well above the insured amount.

Finance Minister Nirmala Sitharaman, while promising to do everything to address the concerns of PMC Bank customers, has said multistate cooperative institutions do not come under her ministry even if they are called banks. "The RBI is their regulator and they are taking action," she said on September 30.

More than two dozen cooperative banks are now under the RBI administration, but PMC Bank - with deposits of Rs 11,620 crore as of March 31 - is by far the largest.

The former managing director of PMC Bank Joy Thomas is in police custody. The bank has accused its management of concealing bad loans leading to a loss of at least Rs 4,300 crore and camouflaging its financials. The complaint also named the bank's chairman Waryam Singh. The former senior executives of bankrupt realty firm Housing Development and Infrastructure Ltd (HDIL), Sarang Wadhwan and Rakesh Wadhwan, have been arrested. HDIL's default on loans from PMC Bank was allegedly hidden in the co-operative bank's books, leading to the crisis, according to investigators.