PM Modi said that his government was not only providing gas connections but a holistic infrastructure comprising 10,000 new LPG distributors, mostly in rural India, has been appointed. 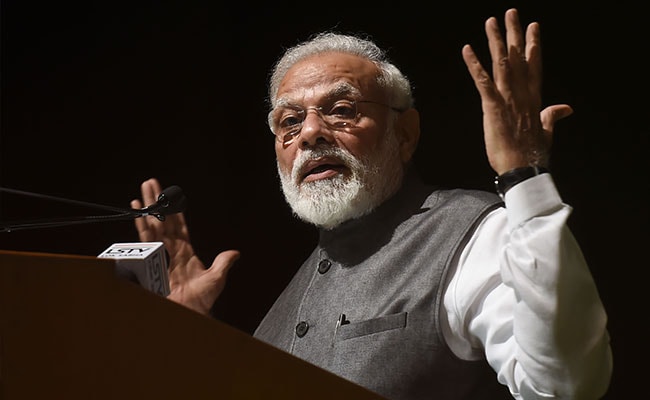 Prime Minister Narendra Modi on Saturday said that his government was working tirelessly to ensure no family remains without an LPG connection, adding the target to provide 8 crore such connections was achieved seven months before the target date.

"We have marked the ahead-of-date achievement of 8 crore LPG connections under the Pradhan Mantri Ujjwala Yojana. This has been achieved seven months ahead of the target date," he said.

He distributed LPG connections to five beneficiaries and noted that in Maharashtra alone, 44 lakh Ujjwala connections have been given.

"We were able to achieve it due to our concern for the health of women suffering from the smoke emanated by chullhas," PM Modi said.

The Prime Minister was addressing a state-level Empowered Women's Meet of Self Help Groups, organised by the Maharashtra State Rural Livelihood Mission (UMED) in Maharashtra's Aurangabad.

PM Modi said that his government was not only providing gas connections but a holistic infrastructure comprising 10,000 new LPG distributors, mostly in rural India, has been appointed.

"New bottling plants have been built. Terminal capacity near ports has been increased and the pipeline network has been widened. 5-kg cylinders are being promoted. Piped gas is also being delivered. We want to ensure that not a single household remains without LPG connection," he added.

Referring to government programs of Jal Jeevan Mission, pension to every farmer after attainment of 60 years of age, vaccination of animals, MUDRA scheme, housing projects, and others, he said his government wanted to give not only a structure with four walls but want to give many facilities in it.

"We have tried to give all the basic facilities, by integrating the benefits provided under various schemes. 1.80 crore homes have already been built. I am confident that when we observe Independence Day in 2022, we will try to give a pucca home to everyone," said the Prime Minister.

Stating that the government does not want to work in silos but wants to bring all schemes together for development, the Prime Minister expressed hope that the people will contribute to the success of government schemes.

He said Marathwada region was going to benefit in a big way from Jal Jeevan Mission. The first water grid in the country will be made in Marathwada which will increase water availability in the region.

Highlighting the role of women in ushering positive social change, he said many steps have been taken for saving girl child, educating and protecting her.

"We need to make changes in societal outlook, the role of women is important in this. Muslim women are being saved from the bad practice of teen talaq. You have to create awareness about this," PM Modi added.

The Prime Minister stated that India will soon declare itself as the Open Defecation-Free (ODF).

On the occasion, he also unveiled a book titled "Transforming Rural Maharashtra."

"The firms investing in AURIC will create a lot of jobs as well," said PM Modi.