In the ASEAN-India summit, both sides are expected to explore ways to further enhance trade and investment ties. 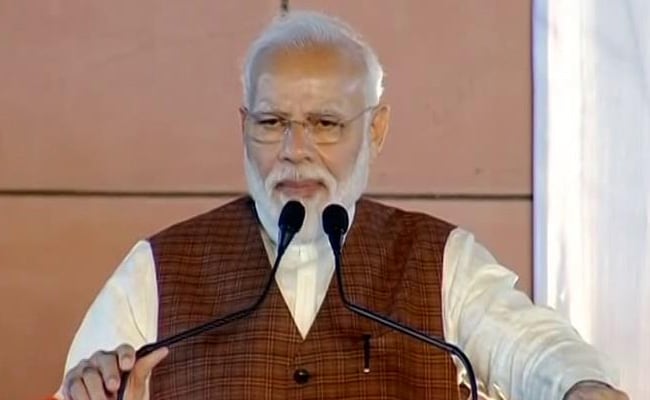 Shoring up India's trade and security ties with the members of the Association of Southeast Asian Nations (ASEAN) in the backdrop of China's rising economic and military influence over the region is expected to be the top focus of Prime Minister Narendra Modi's summit-level engagement with leaders of the powerful bloc during his three-day visit from Saturday.

The biggest talking point, ahead of the ASEAN summit in Nonthaburi, a vibrant city north of Bangkok, however, has been the final leg of negotiations on the Regional Comprehensive Economic Partnership (RCEP) trade deal and whether India join the bandwagon.

If finalised, the RCEP deal will facilitate creation of the biggest free-trade region in the world. India is still engaged with the RCEP member countries to resolve some of the "critical issues" relating to the deal ahead of the summit talks of the grouping's leaders on Monday which will also be attended by PM Modi.

Besides attending the India-ASEAN and RCEP summits, the Prime Minister will also attend the annual East Asia summit which is expected to review the evolving security scenario in the region besides deliberating on ways to deal with the threat of terrorism and radicalisation.

The annual ASEAN summit, a grouping of 10 influential countries, is taking place amid China's aggressive behaviour in the disputed South China Sea as well as in the Indo-Pacific region.

The powerful grouping will have separate summits with its dialogue partners like India, the US, Japan, Russia and China.

The ties between India and ASEAN have been on an upswing in the last few years with focus being on ramping up cooperation in the areas of trade and investment as well as security and defence.

"Shoring up India's trade and security ties with ASEAN will be top priority for India during the India-ASEAN summit," said a senior Indian official.

While the ASEAN summit is likely to focus more on trade and investment related issues, leaders at the East Asia Summit are expected to delve deep into issues relating to maritime security, terrorism, non-proliferation and migration.

In the ASEAN-India summit, both sides are expected to explore ways to further enhance trade and investment ties.

The ASEAN region along with India together comprises combined population of 1.85 billion people, which is one fourth of the global population and their combined GDP has been estimated at over USD 3.8 trillion. Investment from ASEAN to India has been over USD 70 billion in the last 17 years accounting for more than 17 per cent of India's total FDI.

India's investment in the ASEAN during the same period has been more than USD 40 billion.

The RCEP, comprising 10-member the ASEAN bloc and six other countries -- India, China, Japan, South Korea, Australia and New Zealand, is engaged in negotiations for a free trade pact.

The RCEP negotiations were launched by ASEAN leaders and the six other countries during the 21st ASEAN Summit in Phnom Penh in Cambodia in November 2012.

The objective of launching the RCEP negotiations is to achieve a modern, comprehensive, high-quality, and mutually beneficial economic partnership agreement among the ASEAN member states and its FTA partners.

"There are some critical issues still outstanding and efforts are being made to resolve them to provide a fair and a transparent trading environment. These issues are extremely important for our economy and livelihood of our people," Vijay Thakur Singh, Secretary (East) in the Ministry of External Affairs on the RCEP negotiations.

"It is, therefore, imperative that these issues are resolved satisfactorily. India remains engaged to find resolutions of these issues," she said on Thursday.

After arriving on Saturday evening, PM Modi will address a gathering of the Indian community at an indoor stadium in Bangkok.