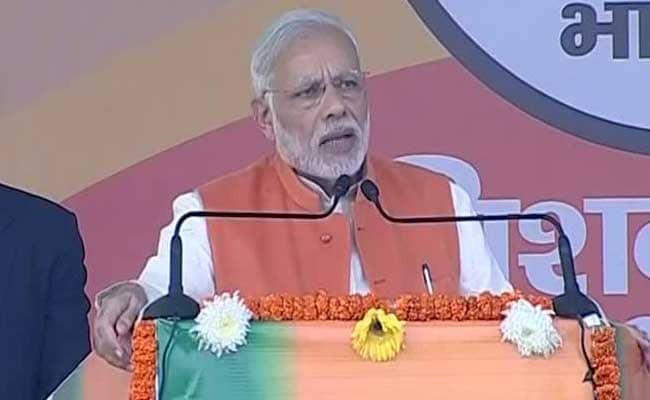 At BJP's Parivartan Rally in Moradabad, PM Narendra Modi claimed he is a "fakir'.

Lucknow: Hours after Narendra Modi claimed he is a "fakir, the prime minister's comments drew sharp reactions from the opposition.

Bahujan Samaj Party chief Mayawati reacted saying the Prime Minister is "bahut bade maldar" (very wealthy) and wondered how a "well-wisher of the affluent" can be a hermit.

At BJP's Parivartan Rally in Moradabad, PM Modi had said that he is not worried about criticisms by his political opponents on his government's decision to ban 500 and 1,000-rupee notes.

"I am being hounded as if I have committed some crime by waging a battle against graft. But, what can my opponents do to me? I am a fakir (hermit)...jhola ley kar chaley jayenge (I will exit with my little belongings)," he said.

The BSP chief also attacked PM Modi for claiming demonetisation was aimed at ending corruption and said "90 per cent commoners" have been subjected to immense hardships because of the "dictatorial attitude" of the PM.

Promoted
Listen to the latest songs, only on JioSaavn.com
"BSP will oppose tooth and nail all wrong decisions of the Modi government both inside and outside Parliament," Mayawati said.

She also alleged non-BJP-ruled states are being discriminated against in supply of new notes.