PM Got Gifts Worth 12 Lakh During Foreign Visits In A Year: Ministry Data

PM Modi gifted figurines, paintings, books, photographs and a model of the bullet train, among other things 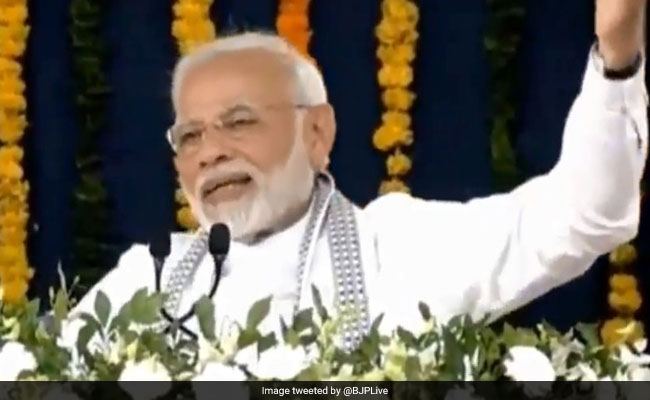 Prime Minister Narendra Modi has received 168 gifts worth Rs 12.57 lakh during his foreign visits between July 2017 and June 2018, according to data of the Ministry of External Affairs' treasury.

These gifts include a Montblanc wrist watch valued at Rs 1.10 lakh, a silver plaque and a set of Montblanc pens worth Rs 2.15 lakh and Rs 1.25 lakh respectively, the Toshakhana (treasury) data on the ministry's website showed.

The prime minister was also gifted figurines, paintings, books, photographs and a model of the bullet train, it said.

The Toshakhana stores gifts above a certain value.

PM Modi also received crystal and silver bowls, replicas of the Pashupatinath and Muktinath temples of Nepal, shawls, figurines of gods and goddess, tea sets, carpets, cardigans, mufflers and fountain pens, among others, according to the data.

Gifts valued at over Rs 5,000 received by government officials representing India abroad are deposited in the treasury of the ministry.

If the market value of the gift is less than this amount, the person is allowed to keep it.