PM Modi, who is a social media celebrity with millions of followers on various platforms, did not elaborate the reason behind his sudden change of mind. 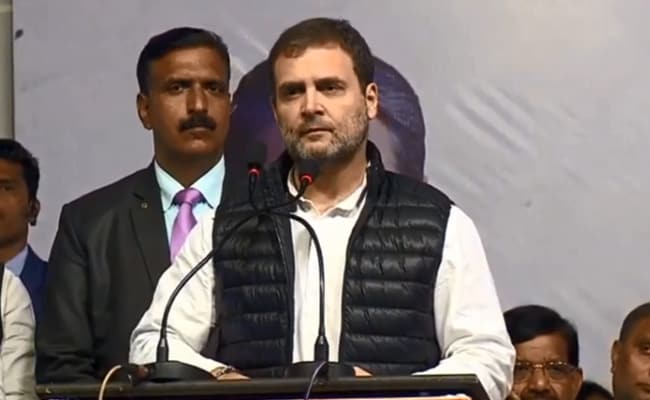 Prime Minister Narendra Modi's surprise announcement of going off social media from Sunday has created quite a flutter on social media. Twitter exploded within minutes of the unexpected tweet that has left everyone speculating.

Soon after, Opposition leaders' reactions started pouring in. Congress leader Rahul Gandhi was one of the first to comment and said, "Give up hatred, not social media accounts."

Give up hatred, not social media accounts. pic.twitter.com/HDymHw2VrB

Congress MP Shashi Tharoor also responded to the Prime Minister. He said the abrupt announcement may have led many to speculate whether this is the first step towards banning social media in the country.

The PM's abrupt announcement has led many to worry whether it's a prelude to banning these services throughout the country too. As @narendramodi knows well, social media can also be a force for good & for positive & useful messaging. It doesn't have to be about spreading hate. https://t.co/B87Y7Mc32a

Congress spokesperson Randeep Singh Surjewala had a request for the Prime Minister soon after the tweet.

Earnestly wish you would give this advise to the concerted army of trolls, who abuse-intimidate-badger-threaten others every second in you name!

He was soon followed by colleague Alka Lamba who called the move a "big relief".

"Foreign leaders will just miss your congratulatory messages in different languages," she tweeted.

Former Maharashtra Chief Minister Devendra Fadnavis' wife Amruta also replied on Twitter saying that she will "follow the path" of PM Modi, indicating that she too will quit social media.

Former Finance Minister P Chidambaram's son Karti too replied to the Prime Minister saying that the move was "appreciated."

"The toxicity of this medium is a bane," he tweeted.

Gujarat politician Jignesh Mevani also had something to say to the Prime Minister. He asked PM Modi why was he quitting social media after the much publicised "Digital India" programme of the BJP government.

He also urged the Prime Minister to stop following accounts of hate-mongering people who disrespect women instead of quitting social media.

PM Modi, who is a social media celebrity with millions of followers on various platforms, did not elaborate the reason behind his sudden change of mind.