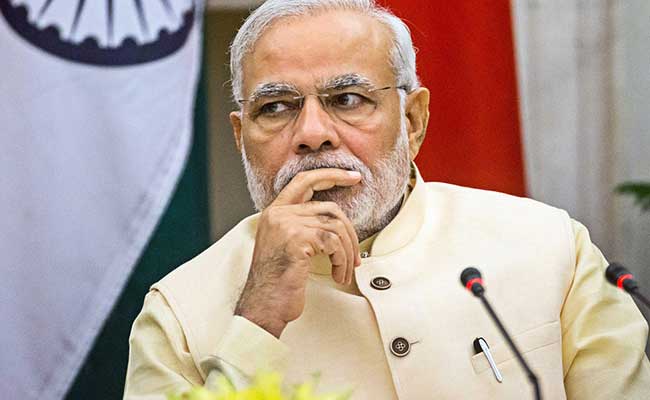 Screams alerted Dadasaheb Vidhate to the fire trapping three of his children in the family's thatched-roof hut in rural India.

"Neighbors rushed to help douse the fire, but we couldn't save anyone," Vidhate, 45, said of the blaze four years ago, which he blames on an overturned kerosene lamp. "My children were burned alive before my eyes."

With no electricity, the one-room mud shelter on a farm 240 kilometers (150 miles) east of Mumbai had only the lamp for light-common in India, where power remains unaffordable, inadequate or simply non-existent for 240 million people. If their hut had been connected to the power grid, Vidhate believes it may never have caught fire, killing Aakash, 15, Manisha, 13, and 11-year-old Vikas, he said.

Prime Minister Narendra Modi pledged to bring reliable power to all citizens during the campaign that propelled him into office in 2014, the same year the World Bank pegged India as home to the world's largest un-electrified population. While his government has made progress meeting its 2019 deadline, many families are still missing out, holding back some of India's poorest, most-vulnerable citizens and preventing the country from achieving its development ambitions.

In the year after Modi's election, an audit identified 18,452 villages without electricity. Since then, that number has fallen by a third, leaving only 1 percent of the country's total villages to be electrified, the data show. But a closer look at what constitutes "electrified" reveals how much further India has to go.

About 250 kilometers east of New Delhi in the village of Fateh Nagla in Uttar Pradesh, India's most-populated state and one of its poorest, the dairy shop runs on a combination of solar power and a led battery, while its three flour mills use diesel generators. In the afternoons, men wait their turn to charge their mobile phones off a wire rigged up to an electric water pump, according to village head Susheel Kumar.

Though only 15 of its roughly 170 homes are connected to the power grid, the government lists Fateh Nagla as electrified, Kumar said. That's because the village barely meets the central government's definition: the basic infrastructure is in place; power is being supplied to schools, health centers and other public places; and at least 10 percent of households are receiving electricity.

In winter, when the sun sets at around 5:30 p.m., only a few solar-powered lights or kerosene lamps break the darkness. And even homes with a power connection are bereft of light as it switches on only after 10 p.m. and back off early in the morning, according to Kumar. That makes it difficult for children to do their homework, stunting education in a village where about 90 percent drop out of school by eighth grade, he said.

Throughout Uttar Pradesh and neighboring Bihar-with combined populations approaching the size of the U.S.-fewer than half of rural households have power connections, according to data from the central government. But, by its definition of electrified, the same data as of Monday showed only 13 villages in Uttar Pradesh and 598 in Bihar lacked power.

"The government's definition of an electrified village doesn't make sense," said Aruna Kumarakandath, who leads renewable energy research at New Delhi-based Centre for Science and Environment, a non-profit public advocacy organization. "How can we say a village is electrified if 90 percent of homes don't get power?"

"By creating the infrastructure, we are creating demand from rural households," Pujari, the secretary of the ministry, said this week. "There are challenges involved in this and this will not happen overnight. But it will happen slowly."

Modi's political fortunes ride on reaching his "power for all" goal, said Sandeep Shastri, a political scientist and pro-vice chancellor at Jain University in Bengaluru.

"It addresses the under-privileged sections of society and defies accusations that his government works only for the rich," Shastri said. "The success of the program can have a big, positive impact on Modi's political fortunes, while a failure can boomerang badly and bolster allegations that this government's promises are more of rhetoric and less of action."

Power shortages cost India the equivalent of about 7 percent of gross domestic product, the World Bank said in 2010, when the country witnessed supply deficits of almost 15 percent. The government said the gap narrowed to less than 1 percent as of November, although that deficit only measures supplies to customers already connected to the grid.

The power problems in India, which in 2012 suffered one of the worst blackouts in history and still has some 50 million rural households without electricity, are hardly about building more power plants or access to fuel. The country uses only half its generation capacity and its state-run coal miner is the world's largest.

Power plants, as well as installing polls and wires for distribution, is only a small part of the challenge ensuring reliable supply to poor households, said Ashwini Chitnis, a senior research associate at Prayas, a non-profit advocacy group that focuses on energy, health and education. "While efforts toward putting in place infrastructure for electrification are absolutely necessary, they are not sufficient," Chitnis said.

Power distributed to farmers and households under the poverty line is sold at below-market rates, the subsidies for which state governments are slow to repay.

In addition, electricity retailers lose about one-quarter of the electricity they have for sale through technical and commercial losses-the industry term for power theft. A federal government-led program aims to lower that to an average of 15 percent by 2019 with technology that tracks theft and improves metering, billing and revenue collection.

"The root cause of the poor financial health of the distribution companies is organized theft of power," said Padamjit Singh, a board member of Transparency International India and a member of the All India Power Engineers Federation, who believes the companies distributing electricity are sometimes complicit in the theft. "Unless that is fixed, I see no hope for the people who don't have electricity."

Even when the distribution company is willing to connect a house, some owners will balk at the upfront fees of 2,000 rupees to 3,000 rupees ($29 to $44), he said. "Many households don't have that kind of money," said Deepak Gupta, senior program manager at New Delhi-based Shakti Sustainable Energy Foundation.

India's expanding economy and population put it on the track to be the biggest driver of global energy demand through 2040, the Paris-based International Energy Agency said in a report on the country in 2015. Its grid connections are growing by 5 percent a year, a development that, along with rising incomes, means its power system needs to quadruple in size by 2040 just to to keep pace. The IEA noted "a spiral of poor performance" by state distributors and described their financial dilemma as "a key structural weakness" for the energy sector.

Promoted
Listen to the latest songs, only on JioSaavn.com
Earlier this month on the outskirts of Shirdi, a village in the western state of Maharashtra's poorest districts, Vidhate showed a visitor the spot where he lost his children in the fire and explained how he and his wife, Anita, survived because they had been sleeping outside to guard their cow and goats.

"This can happen to any home that burns kerosene lamps," he said.