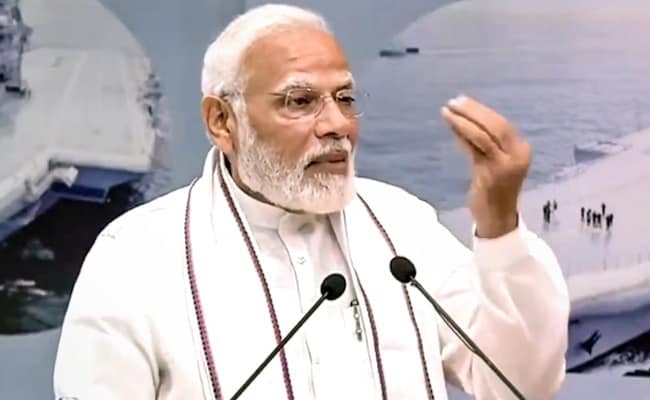 On the first day of his Gujarat visit, PM Modi will inaugurate a Rs 305 crore milk powder plant.

Assembly elections are due in Gujarat by year-end.

The plant can produce 120 metric tonnes of milk powder per day, he said.

From the stage, PM Modi will virtually inaugurate Sabar Dairy's three- lakh-litre-per-day milk processing plant and also perform ground-breaking for a cheese plant which would come up at a cost of Rs 600 crore, said Mr Vaghani.

Sabar Dairy is part of the Gujarat Cooperative Milk Marketing Federation Ltd (GCMMF), the owner of the Amul brand.

In a release, Sabar Dairy said the Prime Minister will also interact with 20 women cattle-rearers from Sabarkantha and neighbouring Arvalli districts during the event.

The exchange will give an impetus to the financialization of gold in India, said a statement by the IFSC Authority.

He will also launch NSE IFSC-SGX Connect. Under this system, all orders on Nifty derivatives placed by members of Singapore Exchange Limited (SGX) will be routed to and matched on the NSE-IFSC order matching and trading platform, an official release said.

The Connect platform will deepen liquidity in derivative markets at GIFT-IFSC, it added.