The meeting, the first after PM Modi's re-election, will be attended by chief ministers, lieutenant governors of union territories, union ministers and senior government officials. 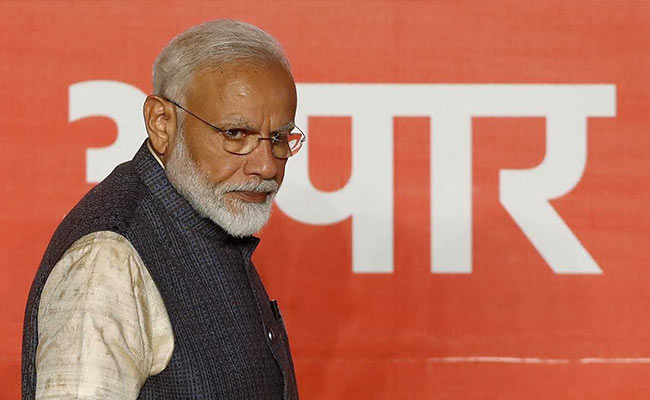 This will be the fifth NITI Aayog governing council meeting to be chaired by PM Modi.

Farm distress, drought and security concerns in Maoist-affected districts will be high on the agenda when Prime Minister Narendra Modi chairs the fifth meeting of NITI Aayog's governing council at the Rashtrapati Bhavan on Saturday.

The meeting, the first after PM Modi's re-election, will be attended by chief ministers, lieutenant governors of union territories, union ministers and senior government officials.

West Bengal Chief Minister Mamata Banerjee has, however, refused to attend the meeting on the grounds that the government think-tank has no financial powers to support state plans. She also said it was "unacceptable" that the centre should expect states to discuss only specific agendas that it brings to the table.

According to a statement released by the government, the governing council reviews action taken on matters discussed in previous meetings and deliberates on future developmental priorities. Given the country's dependence on agriculture, particular focus is expected to be placed on issues such as rainwater harvesting, drought relief measures and farm technology.

In the first governing council meeting on February 8, 2015, the Prime Minister had laid down key mandates of the think-tank, such as fostering cooperative federalism and addressing national issues through active participation of the states.

The second meeting, which took place on July 15, 2015, reviewed the progress made by three sub-groups of chief ministers and two task forces. The third, held on April 23, 2017, laid down milestones for shaping the country's development agenda through strategy and vision documents. The fourth governing council meeting, conducted on June 17 last year, reviewed steps adopted to double farmers' income and progress made under flagship schemes.

The NITI Aayog governing council is responsible for evolving a shared vision of national development priorities, sectors and strategies with the active involvement of states.