Ahead of the Lok Sabha elections, markets in various parts of India are flooded with diverse kinds of political merchandise. 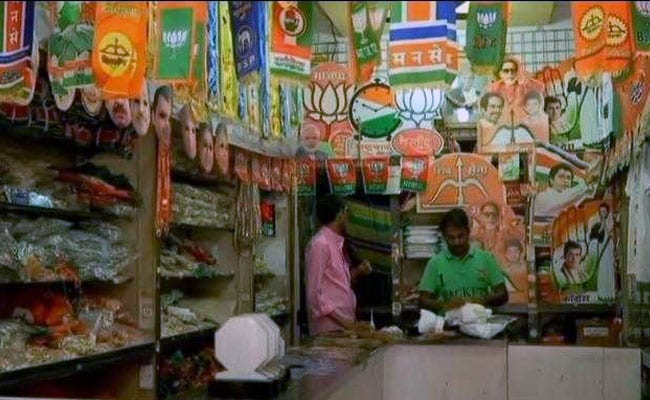 Merchandise with the faces of PM Modi and Rahul Gandhi are most popular in markets.

Ahead of the Lok Sabha elections, markets in various parts of India are flooded with diverse kinds of political merchandise, including masks, shirts and flags containing pictures of various political leaders on them.

Speaking to news agency ANI, Vijay Tendulkar, the owner of a shop in Mumbai, said the aim is to attract more young people and encourage them to exercise their franchise in the upcoming polls.

"We are selling key chains, T-shirts, and jackets, among other things. On all merchandise, party logo is there. There is a humongous demand right now. The biggest demand is for flags, cap and mufflers," he added.

Markets in Coimbatore, too, have seen similar merchandise being sold in the run up to the polls, including those with the face of late Tamil Nadu chief minister J Jayalalithaa on them.

Interestingly, merchandise with the faces of Prime Minister Narendra Modi and Congress president Rahul Gandhi are most popular in markets, locals say.

Lok Sabha elections will be held in seven phases between April 11 and May 19. Results will be declared on May 23.