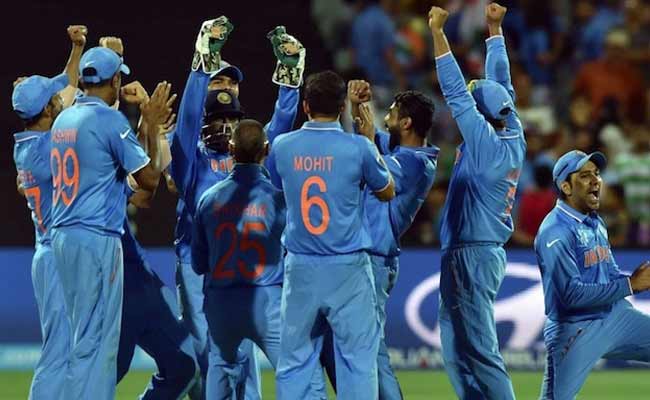 Prime Minister Narendra Modi has praised Indian cricket team's performance in the World Cup saying the country is proud of them.

"Victory & defeat are a part of life. Team India played great cricket throughout the tournament. We are proud of them," the Prime Minister tweeted on Thursday.

India's near flawless title defence came to an agonising end today as they succumbed to pressure against the clinical Australians, who decimated the defending champions by 95 runs to romp into the finals and break a million Indian hearts.

In an engrossing clash, four-time champions Australia rode on Steve Smith's classy 105 to post an imposing 328/7 before bundling out India for 233 in 46.5 overs to set up a summit clash with trans-Tasmanian rivals and co-hosts New Zealand in Melbourne on Sunday.

Apart from Mr Modi, 'Team India' received a lot of support in the country.

Cricketers and other athletes the world over also acknowledged India's good work in the mega event.

Promoted
Listen to the latest songs, only on JioSaavn.com
"Well played in the ICC World Cup Team India. A tough game today and a loss is always difficult to handle. "But you have played some terrific cricket throughout and all the fans have enjoyed watching you. Congratulations to Australia for a convincing win. Steve Smith's hundred, Finch's support to him and a strong finish by Johnson made the difference,," legendary cricketer Sachin Tendulkar wrote on his Twitter handle.