The prime minister was at a programme to mark the 500th death anniversary of the poet. 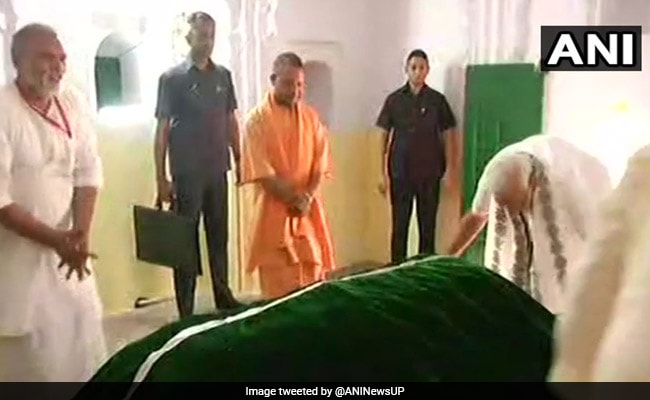 Prime Minister Narendra Modi today offered 'chadar' at the 'mazar' of Sant Kabir Das in UP's Mazhar and laid the foundation stone of a research institute name after the 15th century mystic poet.

The prime minister was at a programme to mark the 500th death anniversary of the poet.

Promoted
Listen to the latest songs, only on JioSaavn.com
PM Modi took a round of the mausoleum of Sant Kabir Das and offered 'chadar'.  He later laid the foundation stone of the Sant Kabir Academy, a research institute that is expected to come up at a cost of Rs. 24 crore.

He also visited the Sant Kabir cave and unveiled a plaque to mark the laying of the foundation stone of the Kabir Academy, which will highlight the saint's teachings and philosophy.