PM Modi said the coronavirus already had a huge effect on the economy across the world. But the effects on India are yet to be analysed. 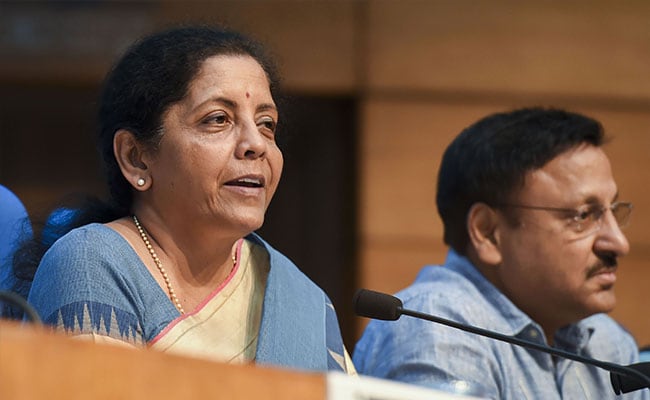 The special task force will suggest the way ahead, PM Modi said (File)

A special task force will be formed by the government to analyse the effects of the global pandemic coronavirus on the nation's economy and advise on steps to reduce the financial strain, Prime Minister Narendra Modi has said. Finance Minister Nirmala Sitharaman, he said, would lead the Covid-19 Economic Response Task Force.

In a special address to the nation on Thursday evening, the Prime Minister said the coronavirus already had a huge effect on the global economy. But its impact in India is yet to be analysed.

The special task force, he said, would take an overview of the situation and suggest the way ahead.

The phased unofficial lockdown that has been happening over the last week as a preventive measure against the virus, is seen as taking a toll on the economy.

The work from home system of private sector employees has eaten into the income of cab and auto drivers - Punjab became the first state to shut down all public transport.

Markets have been empty, with people shopping for essential items. In most cases, malls, multiplexes, swimming pools and gyms have shut.

The aviation industry has gone into a tailspin. On Thursday, as IndiGo decided to give their employees a salary cut - ranging from 25 to five per cent - the government declared a week-long ban on incoming international flights.

Going forward, the effects are expected only to increase as the Prime Minister called for a Janata curfew  on Sunday, which would involve a daylong lockdown of people in their home.

There was speculation that Sunday's exercise could be a pilot for a longer plan - "I'm sure that in the coming days, you will carry out your duties and responsibilities," the Prime Minister said.