"Will See You In India Soon," Tweets Justin Trudeau After Meeting PM Modi

Canadian Prime Minister Justin Trudeau will be on a state visit to India from February 17 to 23. 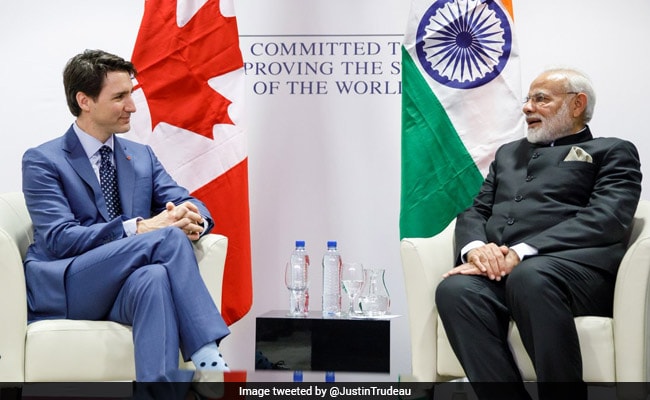 PM Modi and Justin Trudeau discussed issues of mutual interest at the meeting.

Davos: Canadian Prime Minister Justin Trudeau thanked PM Modi for the meeting held between the two leaders on the sidelines of the World Economic Forum in Davos today, saying that India and Canada share special bonds of history, friendship and trade. Mr Trudeau, who is scheduled to visit India on February 17, also tweeted that he would be seeing his Indian counterpart "very soon".

The two leaders had earlier today discussed issues of mutual interest in where PM Modi earlier in the day delivered the opening plenary address.

Tweeting about the meeting held on the sidelines of the WEF summit, a spokesperson of the Ministry of External Affairs said the two leaders discussed issues of mutual interest.

"A strategic partnership underpinned by shared values of democracy and pluralism!," the spokesperson tweeted.

Promoted
Listen to the latest songs, only on JioSaavn.com
The two leaders discussed steps to further strengthen the bilateral relationship, the MEA spokesperson said.