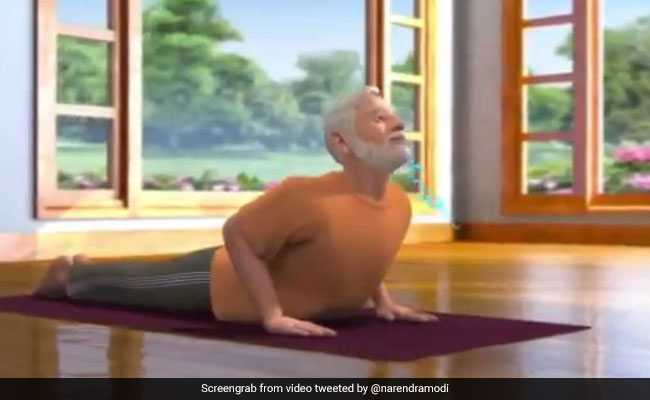 Prime Minister Narendra Modi today tweeted the latest video in his series of yoga asanas leading up to the International Yoga Day, which is observed on June 21 every year. In today's animated video, PM Modi explained the benefits of "Bhujangasana", or "Cobra Pose".

PM Modi has been tweeting an asana video everyday since June 5 in countdown to the Yoga Day 2019.

In his tweet, PM Modi said that perfoming "Bhujangasana" in a proper manner helps people ease back pain. He added that the asana has many benefits.

The step-by-step video explains how to perform the asana and its benefits. "Bhujangasana" helps reduce stomach fat, relieve constipation and fight respiratory problems among other benefits.

June 21 was designated World Yoga Day on PM Modi's suggestion in his speech at the UN General Assembly in 2014, months after he was first elected to office. Since then, the government marks the day in a big way with thousands participating in mass Yoga events across the country.