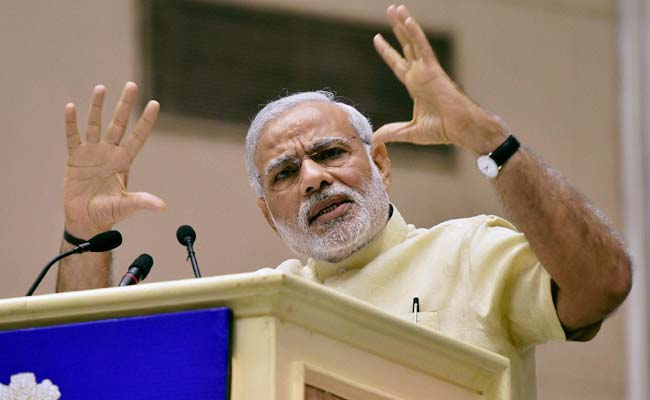 Prime Minister Narendra Modi on Sunday said the judiciary should have an internal mechanism of self- assessment and be "perfect," and cautioned against verdicts influenced by "five-star activists."

Addressing a joint conference of Chief Justices of High Courts and Chief Ministers, PM Modi said that while the judiciary is getting powerful, it is necessary that it also becomes perfect to live up to the expectations of the people.

"It is easy to deliver judgements based on the law and the Constitution. There is a need to be cautious against perception-driven verdicts," said the prime minister, adding, "Perceptions are often driven by five star activists."

Responding to PM Modi's comments, Chief Justice of India HL Dattu told reporters that the judiciary has an in-house mechanism in place that is effectively functioning.

"The Chief Justices of the states and the Chief Justice of India are monitoring the functioning of their offices throughout the country," Justice Dattu said.

PM Modi, while noting that the judiciary is considered "divine and next only to the God," had said, "We (the political class) are lucky that people watch us, assess us and rip us apart. You (Judiciary) are not as lucky. If you order a person to death, he also comes out and says that he believes in the judiciary...When there is little scope for criticism, the need of the hour is to develop an internal mechanism for self-assessment where the government and the politicians have no role."

He said if politicians or the government made a mistake, there is a scope for correction by the judiciary. "If you commit a mistake, then everything will end," he added.

Promoted
Listen to the latest songs, only on JioSaavn.com
The previous UPA government had brought a bill on judicial standards and accountability that allowed any citizen to complain against a Supreme Court or high court judge. Amid opposition by judges, the measure lapsed.

Justice Dattu described the judiciary and legislature as "siblings" and said both should correct each other if there is any deviation from the Constitution.