PM has no mobile phone, email account to hack 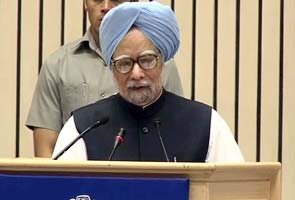 New Delhi: The Prime Minister does not own a mobile phone or use personal email, giving India "no cause for concern" about new US hacking revelations, his office said on Friday.

The Guardian newspaper reported on Friday that US spies eavesdropped on the phone conversations of 35 world leaders after White House, Pentagon and State Department officials gave them the numbers.

The new revelations, based on a classified document provided by intelligence leaker Edward Snowden, come amid fury from German Chancellor Angela Merkel whose communications were allegedly targeted.

Promoted
Listen to the latest songs, only on JioSaavn.com
Asked if Prime Minister Manmohan Singh was concerned, his spokesman replied: "The prime minister doesn't use a mobile phone and he doesn't have an email account.

"His office uses email, but he has no personal email... We have no information and no cause for concern," he added.