A bench of Justices AM Khanwilkar and SK Kaul, while referring to the letter circulated by Mr Sidhu's counsel seeking adjournment for four weeks, observed that it has been said in the letter that the matter has been "unexpectedly listed". 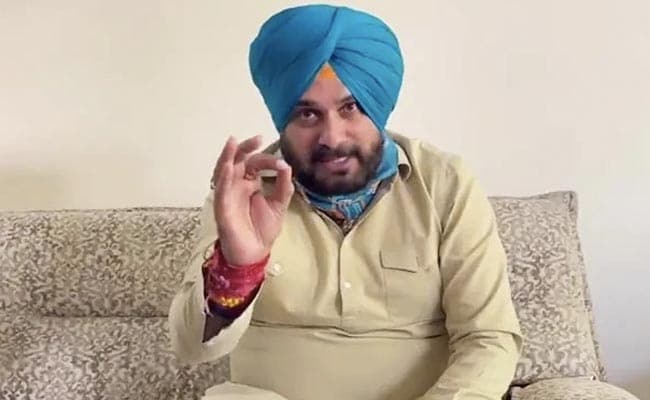 Navjot Sidhu is Punjab Congress chief and voting in the assembly polls is scheduled for Feb 20.

The Supreme Court on Thursday said that the matter pertaining to review of the sentence awarded by it in May 2018 to cricketer-turned-politician Navjot Singh Sidhu in an over 32-year-old road rage case has not been listed "unexpectedly".

A bench of Justices AM Khanwilkar and SK Kaul, while referring to the letter circulated by Mr Sidhu's counsel seeking adjournment for four weeks, observed that it has been said in the letter that the matter has been "unexpectedly listed".

"We have no difficulty in adjourning but the advocate-on-record (AoR) has made a statement in the letter that is, unexpectedly listed. Actually, I inquired with the office is it correct. It is not an accurate statement because it was shown in the advance list," Justice Khanwilkar said during the hearing.

"We thought of rebutting the position stated here," the bench observed, adding that the Supreme Court registry should not be cornered like this. While posting the matter for hearing on February 25, the bench said that as per the office report, the notice issued in the matter has been served to Mr Sidhu in September 2018 itself.

Senior advocate P Chidambaram, appearing for Mr Sidhu who is the Punjab Congress President, said he thinks what the AoR meant was that it was unexpectedly for him because he had no clue about this case.

Mr Chidambaram said a letter has been circulated seeking adjournment for four weeks as the senior counsel and AoR, who were appearing for Mr Sidhu earlier, have expressed their inability to continue to appear in the matter.

He said a new AoR was engaged last night at about 10 PM.

Justice Khanwilkar observed that this matter has not been listed unexpectedly because other review petitions were also listed before him on Thursday.

"I am sure, the registry is right," Mr Chidambaram said, adding that the matter be adjourned for two or three weeks and they would file their reply and argue it.

Senior advocate Siddharth Luthra, appearing for the petitioner, said the top court had issued a limited notice in the matter and he would try and request the bench to expand the scope of notice.

"We have put it for hearing after issuing notice on a particular aspect. Now, you cannot keep on expanding. See, review can be dismissed in chamber... When we have issued notice, the notice is to a particular aspect," Justice Kaul observed.

"The problem will be, their reply will also be based only on the nature of notice. They have not filed it, they have delayed it. That is fine. But, the nature of notice, which has been served, will only illicit response from the other side," Justice Kaul said.

Mr Luthra said if the court would permit, he would request it to consider whether it is a case of enhancement of scope of the notice.

"Let him take instructions. We will have it after four weeks," the bench said, adding it would consider this next time.

When Mr Luthra requested that the matter be listed after two weeks, the bench said, "Does not matter. What is going to happen in two weeks or four weeks. Since 2018, you did not take any initiative to get it listed. Now the office has listed it and you want it immediately to be decided." "On a lighter side, two weeks is crucial for him," Justice Kaul said.

The voting in the state assembly election in Punjab is scheduled for February 20.

The bench initially said it would hear the matter on February 21. Mr Chidambaram requested the court that it be listed on any date after February 23. The bench then posted the matter for hearing on February 25.

The top court had on May 15, 2018, set aside the Punjab and Haryana High Court order convicting Mr Sidhu of culpable homicide and awarding him a three-year jail term in the case, but had held him guilty of causing hurt to a senior citizen.

Though the top court had held Mr Sidhu guilty of the offence of "voluntarily causing hurt" to a 65-year-old man, it spared him of a jail term and imposed a fine of Rs 1,000.

Section 323 (punishment for voluntarily causing hurt) of the Indian Penal Code entails a maximum jail term of up to one year or with a fine which may extend to Rs 1,000 or both.

The top court had also acquitted Mr Sidhu's aide Rupinder Singh Sandhu of all charges saying there was no trustworthy evidence regarding his presence along with Mr Sidhu at the time of the offence in December 1988.

Later in September 2018, the Supreme Court had agreed to examine a review petition filed by the family members of the deceased. "Issue notice restricted to quantum of sentence qua respondent no. 1 – Navjot Singh Sidhu," the court had said in its September 11, 2018 order.

The Supreme Court's May 2018 verdict had come on the appeal filed by Mr Sidhu and Mr Sandhu challenging the high court's 2006 judgment convicting them.

According to the prosecution, Mr Sidhu and Mr Sandhu were in a Gypsy parked in the middle of a road near the Sheranwala Gate Crossing in Patiala on December 27, 1988, when the victim and two others were on their way to the bank to withdraw money.

When they reached the crossing, it was alleged, Gurnam Singh, driving a Maruti car, found the Gypsy in the middle of the road and asked the occupants, Mr Sidhu and Mr Sandhu, to remove it. This led to heated exchanges.

Mr Sidhu was acquitted of murder charges by the trial court in September 1999.

However, the high court had reversed the verdict and held Mr Sidhu and Mr Sandhu guilty under section 304 (II) (culpable homicide not amounting to murder) of the IPC in December 2006.

It had sentenced them to three years in jail and imposed a fine of Rs 1 lakh each on them.