Nadav Lapid, Anupam Kher said, could have called "The Kashmir Files" a "bad film. Badly acted or directed film. But his choice of words indicates that he had an agenda, or was pleasing some people," he said. 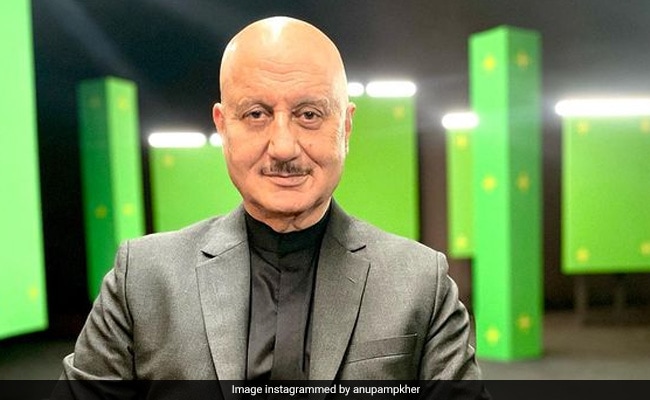 Israeli film-maker Nadav Lapid's criticism of the movie "The Kashmir Files" was the product of a "sick mind" or a "planned  strategy by the toolkit gang", noted actor Anupam Kher told NDTV this evening. Mr Kher was part of the cast of the film, made by Vivek Agnitori, which has been in the spotlight again after Mr Lapid's criticism from the stage of the 53rd International Film Festival held in Goa.

"If he did not like it, if he wanted, he could have just called it a bad film but to use words like 'vulgar propaganda' exposes his sick mind… If he had a problem with it, he could have gone to his social media platform and expressed his views but he chose the film festival's platform to create a scene," Mr Kher said.

"The remarks were vulgar, or that of a sick mind or of a planned strategy by the toolkit gang. There is no reason other than that for making that statement. First he should have discussed it in the jury room. It is not the job of a jury member to criticise a film publicly," he added.

Mr Lapid, Mr Kher said, could have called it a bad film. "Badly acted or directed film. But his choice of words indicates that he had an agenda, or was pleasing some people," he said.

Nadav Lapid, who said the IFFI jury felt the "The Kashmir Files" was about a "vulgar movie" and channelled "propaganda, has been slammed from multiple quarters. The jury said the comments were his own. Israeli envoy to India Naor Gilon also called out Mr Lapid for his comments.

In a Twitter thread, he said Mr Lapid "should be ashamed" as he had "abused in the worst way" Indian's invitation to chair the panel of judges at IFFI.

"I'm no film expert but I do know that it's insensitive and presumptuous to speak about historic events before deeply studying them and which are an open wound in India because many of the involved are still around and still paying a price," the Ambassador added.

Written and directed by Mr Agnihotri and produced by Zee Studios, "The Kashmir Files" depicts the exodus of Kashmiri Pandits from Kashmir following the killings of people from the community by Pakistan-backed terrorists.

Following its release in March, many called the film a poignant depiction of a tragic period. A section of critics, however, alleged that the film was low on facts. It performed exceptionally well at the box office, minting over Rs 330 crore.