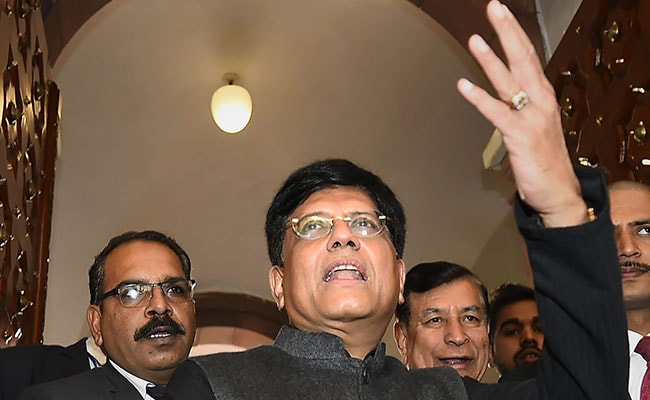 After crediting the discovery of gravity to Albert Einstein instead of Isaac Newton on two occasions, Union minister Piyush Goyal has conceded that he committed a gaffe during two of his recent press conferences.

Mr Goyal, who was trolled on social media, and became one of the top trends on Twitter for his remark, understood the gravity of the situation in a matter of days.

The minister, who usually has a serious demeanour, used his wit to accelerate (as Einstein would say) out of the situation he found himself in. He knew that if Einstein got him cornered, it would be Einstein who would get him out too, so he quoted the genius to rectify his error.

Speaking at a function in Mumbai, Piyush Goyal said, "We all get the opportunity to make mistakes. I said Einstein instead of Newton. But the same Einstein had also said, 'A person who never made a mistake, never tried anything new'."

Adding mass to acceleration, Mr Goyal further said, "I am not someone who is afraid of making mistakes... the moment I realised my mistake, I made a clarification."

Explaining what he meant to say two days ago, Mr Goyal said he was talking about the need to find innovative ways to build a 5 trillion dollar economy in the next five years, of which exports would account for 20 per cent. "Unfortunately, the context took a backseat and my inadvertent mistake was highlighted," he said.