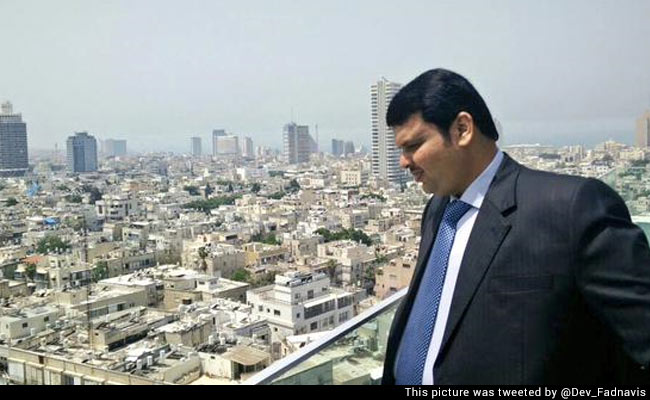 Mumbai: A pilot project would be undertaken in Maharashtra's Yavatmal and Osmanabad districts with Israeli cooperation to combat agrarian crisis, which has led to several farmers' suicide, Chief Minister Devendra Fadnavis said today.

Mr Fadnavis, who returned to Mumbai today after the four-day Israel tour, told PTI that senior Israeli leader Shimon Peres has agreed to extend all help to curb suicides by farmers in the state.

"I have invited Peres, who heads a foundation engaged in development work, to Maharashtra," Mr Fadnavis said citing his meeting with the 92-year-old former PM and President of Israel during the tour.

"I sought Peres's help on Israeli strategies and technology, crop and water management. The state government will make its resources available for the pilot project. When I spoke to him about the pilot project in two districts, he agreed to it immediately," Mr Fadnavis said.

The Chief Minister said farmer suicides are no matter of pride for the state and even a single suicide is a matter deep concern.

Emphasising on the importance of drip irrigation, Mr Fadnavis said, "in the next three years, sugarcane (crop) in the state shall be under drip irrigation. Besides, Jain Irrigation and Finolex (companies into drip irrigation) who are already there, we have also asked company Netafim to start production unit in Maharashtra."

"Israel Aerospace Industries also wants to invest in India. We told them to invest in Maharashtra and have asked them to visit the state and examine the (industrial) clusters in Pune, Aurangabad and Nagpur," Mr Fadnavis said.

Promoted
Listen to the latest songs, only on JioSaavn.com
On security in and around jails, he said the state government has decided to seek help from Israel in this regard.

"Our jails are vulnerable and we have decided to seek help from Israel to secure our jails. We will also get their assistance in cyber security," he said.