In videos circulated by Pakistani accounts, Abhinandan Varthaman is blindfolded and wounded. He gives his name, service number and religion and says: "That is all I am supposed to tell you." 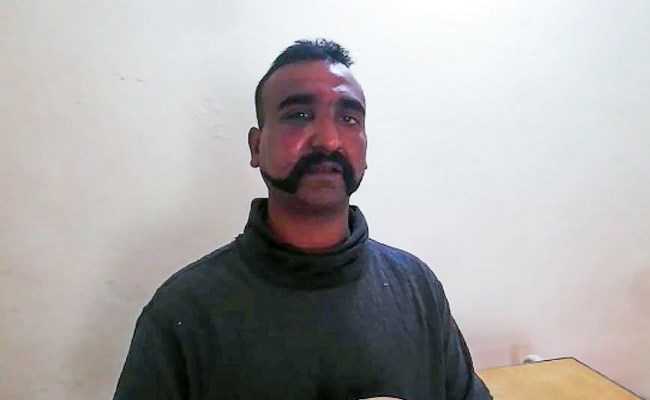 Wing Commander Abhinandan Varthaman, the captured Indian Air Force pilot who will be released by Pakistan tomorrow as a "gesture of peace", has been admired for his presence of mind and fortitude in enemy captivity.

In videos circulated by Pakistani accounts, the pilot is blindfolded and wounded. He gives his name, service number and religion and says: "That is all I am supposed to tell you."

Abhinandan Varthaman asks his interrogator a question: "May I request a little bit of information. Am I with the Pakistani Army?"

The Indian Air Force said before falling in Pakistani territory, the Wing Commander was in hot pursuit of a Pakistani F-16 jet, which he engaged with an R-73 air-to-air missile. The state-of-the-art Pakistani fighter, thought to be a two-seater variant of the jet, was shot down. Abhinandan Varthaman was forced to eject and landed into the Pakistani side of Line of Control, where he was captured.

In one of the videos in circulation, the 34-year-old was seen being dragged.

The videos were taken off as Pakistan was accused of violating the Geneva Convention.

India called it "Pakistan's vulgar display of an injured personnel of the Indian Air Force in violation of all norms of International Humanitarian Law and the Geneva Convention."

A third video emerged in the evening, which showed the pilot sipping tea, the wound looking less severe.

A voice asks him "I hope you have been treated well over here, with us."

He replies: "Yes, I have. And I would like to put this on record that I will not change my statement if I go back to my country also. The officers of the Pakistani army have looked after me very well, starting from the Captain who rescued me from the mob and from the soldiers and thereafter the officers of the unit to which I was taken to. This is what I would expect my army to behave as and I am very impressed by the Pakistani army."

He is asked where in India he is from and whether he is married.

Again, that calm question. "Am I supposed to tell you this? Major, I am sorry. I am from down South," he says, his eye visibly swollen above his handlebar moustache.

"I hope you like the tea," the voice says.

The pilot replies that the "tea is fantastic, thank you."

He is asked which aircraft he was flying. "I am sorry, Major. I am not supposed to tell you this but I am sure you have found the wreckage," he replies.

What was his mission? "I am sorry, I am not supposed to tell you this".

OK, thank you, says the voice.

The videos and photographs fueled a wave of messages on social media and hashtags like #BringBackAbhinandan and #Abhinandanmyhero.