Wing Commander Abhinandan Varthaman was captured yesterday after an aerial combat between Indian and Pakistani fighter planes. Tension between India and Pakistan have caused global concern, with several world leaders urging both countries to take a step back.

Indian Air Force pilot Abhinandan Varthaman, captured by Pakistan on Wednesday, will be released today as a "gesture of peace", Imran Khan declared on Thursday, signaling a pullback hours after the US called for immediate de-escalation and President Donald Trump revealed that there would be "reasonably attractive news" from Pakistan and India.

Aerial combat between Indian and Pakistani fighter planes Wednesday had caused global concern, with several world leaders urging both countries to take a step back.

Imran Khan declared in the Pakistan National Assembly that he had tried to reach out to Prime Minister Narendra Modi.

"I tried to call (Prime Minister) Narendra Modi to say that we don't want escalation. But our desire for de-escalation should not be taken as our weakness," Imran Khan said.

"We have an Indian pilot. As a peace gesture, we will release him," said the Pakistan Prime Minister as parliamentarians stamped their feet in approval.

The statement followed much behind-the-scenes maneuvering.

While President Trump had indicated a role, UAE Crown Prince Sheikh Mohamed bin Zayed made phone calls to Imran Khan and PM Modi, stressing - according to a tweet - "the importance of dealing wisely and giving priority to dialogue and communication". The Saudi Finance Minister flew to Islamabad and the Saudi envoy met PM Modi in Delhi.

India had rejected Imran Khan's call on Thursday for a dialogue, saying there would be "no deal" on the Wing Commander Abhinandan Varthaman's release.

Amid soaring tension, the government demanded the "immediate and safe return" of the pilot and said it "would be well-advised to ensure that no harm comes to him". 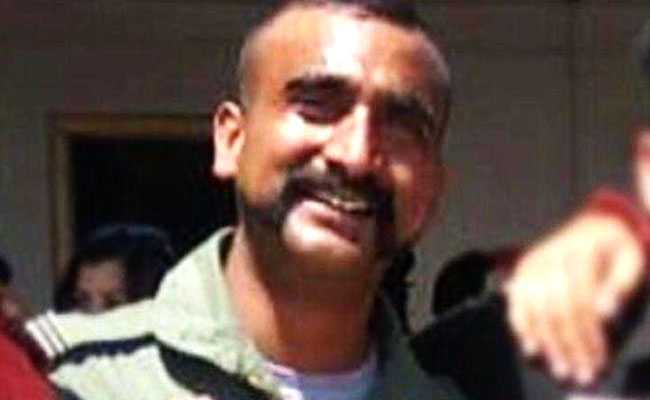 Hours later, Pakistani Foreign Minister Shah Mahmood Qureshi said Imran Khan was willing to consider the pilot's release if it led to de-escalation, but added: "Our PM Imran Khan is ready to talk on the phone to Prime Minister Narendra Modi, but is Modi-ji ready?"

President Trump gave the first hint of a thaw all the way from Hanoi in Vietnam, on the sidelines of his meeting with North Korean leader Kim Jong Un.

"I think reasonably attractive news from Pakistan and India, they have been going at it and we have been involved and have them stop, we have some reasonably decent news, hopefully it's going to be coming to an end, this has been going on for a long time, decades and decades," the US President said.

Earlier, the US had called on India and Pakistan to "cease all cross-border military activity" and to take immediate steps to deescalate the situation and return to stability, including through direct communication.

Several countries had backed India's move against terror and had built up pressure on Pakistan to act against terrorists on its soil.

Countries like UK, France and Australia also urged restraint. Even China told Pakistani Minister Qureshi that sovereignty should be respected and Beijing "does not want to see actions that violate the norms of international relations."

Hostilities between the neighbours had peaked on Wednesday, with aerial combat between Indian and Pakistani warplanes for the first time in 48 years.

Wing Commander Abhinandan Varthaman was captured after the encounter.

A day before, India had sent fighter jets to Pakistan and struck the biggest training camp of the terror group Jaish-e-Mohammed, which was behind the suicide attack on February 14 in Kashmir's Pulwama, in which over 40 soldiers were killed.