Jammu and Kashmir: Left leader Sitaram Yechury has also petitioned the court for the production of party leader Mohammed Yousuf Tarigami, who has been under detention 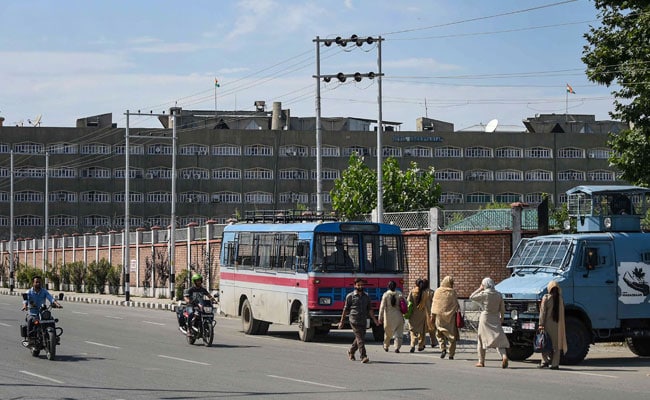 Article 370 Jammu and Kashmir: Restrictions are still in place at some areas of Jammu and Srinagar.

A batch of petitions challenging the government's move to scrap special status of Jammu and Kashmir will come up for hearing in the Supreme Court today. While the National Conference and others had moved the top court, terming the government action - including bifurcation of Jammu and Kashmir as illegal and unconstitutional, the Executive Editor of Kashmir Times has asked that the curbs on media be lifted.

Left leader Sitaram Yechury has also petitioned the court for the production of party leader Mohammed Yousuf Tarigami, who has been under detention.

A three-judge bench headed by the Chief Justice of India Justice Ranjan Gogoi will take up the petitions. The other judges in the bench are Justices SA Bobde and S Abdul Nazeer.

The petitions challenging the government's decision argue that the Presidential order by which the special status of the state, guaranteed by the constitution, was scrapped, were obtained illegally.

The government has contended that the state being under President's rule, the powers of the state assembly has been automatically transferred to parliament and so, President Ram Nath Kovind's orders in this case, stand.

The petitions also said the central government's decision amounts to an overnight scrapping of the democratic rights and freedoms that were guaranteed to the people of Jammu and Kashmir upon its accession. Without consulting those affected by the change or their elected representatives, such drastic changes cannot be effected, the petitions say.

"The President, acting on the advice of the Union Cabinet amounts to the same constitutional functionary taking his own consent to effect a fundamental structural change without consultation or concurrence of the persons affected by that change, or their elected representatives. This is contrary to the rule of law, and is manifestly arbitrary," one of the petitions read.

Jammu and Kashmir has been under strict restrictions since the government announced its decision on Article 370 on August 5. To avoid any backlash, phone and internet connectivity were snapped, more than 50,000 additional troops were stationed and prohibitory orders banning large gatherings were issued. Sources also said as many as 40 mainstream political leaders - including former Chief Ministers Omar Abdullah and Mehbooba Mufti - have been detained.

The measures can be lifted by the local administration depending on the situation on the ground, the government has said.