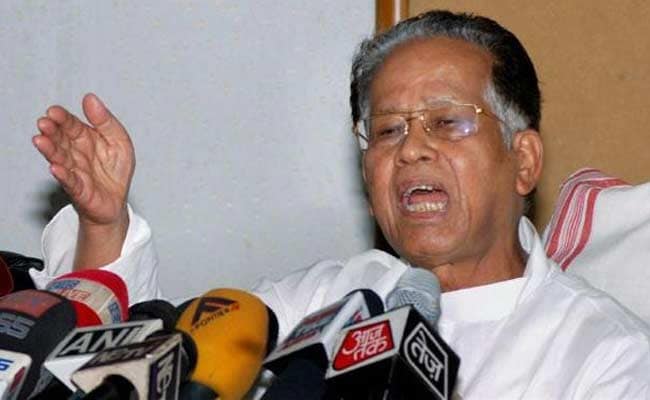 Guwahati: As a controversy erupted over alleged denial of entry of Rahul Gandhi into Barpeta Satra, Assam Chief Minister Tarun Gogoi tonight issued a statement, saying he had personally requested the head of the Vaishanvite monastery to facilitate Rahul's entry.

Claiming that Satradhikar Bakhista Deb Sarma had no objection to Mr Rahul's entry, Mr Gogoi said intelligence reports suggested that the women who allegedly prevented the Congress vice-president from entering the satra had RSS links.

In the statement, Mr Gogoi said, "Congress MP Rahul Gandhi was to begin his harmony yatra after paying obeisance to Barpeta Satra on December 12. However, a section of the members of the Satra Parichalana (Management) Committee was opposed to it."

Even as the Satra authority earlier in the day asserted that Rahul was not prevented from entering the Satra, Gogoi said he had intelligence inputs regarding some vested interests' intention not to allow Mr Rahul in the Satra.

In view of this, he said he had requested the Satradhikar personally to facilitate Mr Rahul's entry to the Satra for him to pray for the welfare of humanity.

"Moreover, the women were also instigated by some people having strong RSS links," Mr Gogoi said, adding, "the whole intention of blocking Rahul Gandhi from entering the Satra was done to polarise the political landscape of the state to garner political mileage by certain political entity."

Earlier in the day, Mr Rahul told reporters outside Parliament, "When I went to Assam, I wanted to visit a temple in Barpeta district. And at the temple the RSS people there stopped me from entering the temple. This is the way the BJP operates."

"They made the women there stand in front of me and told me that I cannot enter the temple," he said, and asked, "Who are they to stop me?"

Mr Rahul and Mr Gogoi's claims in this regard evoked sharp reactions from both authorities of the Satra and people across Assam.