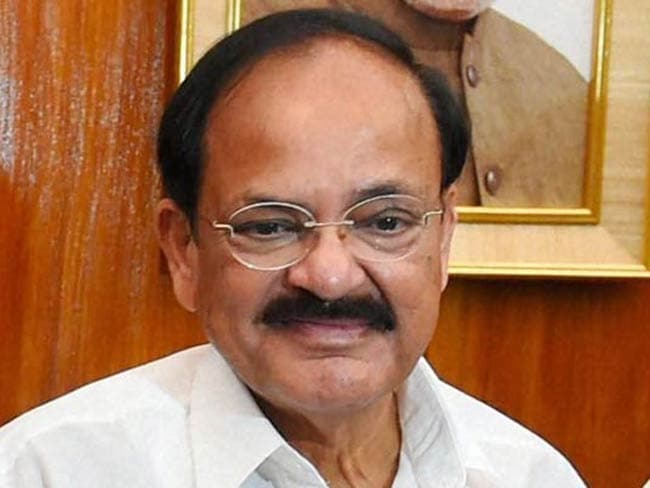 The Union Minister said it is unfortunate that people are trying to tarnish the image of India.

New Delhi: Union Minister M Venkaiah Naidu today hit out at those returning their awards citing intolerance in the country, saying they are "misleading" people as part of a "systematic, orchestrated and malicious campaign" by BJP's political opponents.

He also attacked the "so-called intellectuals" with Left-leanings, who benefitted from past Congress rules and are well-entrenched in various reputed institutions, for "orchestrating" such negative campaigns against the government, and accused them of causing harm and tarnishing the country's image and economy.

Mr Naidu lamented that some people are "unable to digest that and they don't want Narendra Modi to succeed and that is why they are trying to create political issues". He added that none of the issues which they are raking up are related to this government or the Prime Minister.

He rued that whenever something happens, they try and link it to the current BJP-led government and said cow slaughter was banned by Congress-ruled states earlier and not now. "Let us not be misled by this campaign of these political opportunists," he said, terming those protesting as ones having a "political mind" and dared them to come out in the open and play politics.

"They have a political mind. If you have to do politics, come out straight and openly do politics. Why do so under the garb of being a writer, poet or something else," he asked. Mr Naidu added, "Some writers may have felt something, but people was asking the question why is there a selective protest."

Attacking them further, he said, "They say terror has no religion. If somebody is involved in murder of Kalburghi, then they describe him as right-wing Hindu terrorists, but when somebody is involved in Mumbai and somebody takes it up, then you say why are you trying to communalise it. Neither are communal and these are incidents need to be condemned."

He said it is unfortunate that these people are trying to tarnish the image of India as well as "tar the image of Hindu".

"That also seems to be on their agenda. They have a different mindset, which have been encouraged over the years," the minister claimed.

Attacking the Left, he said, "Some of them (protesters) are leftists intellectuals. The Left (communists) are eased out by the country and they are losing popularity everywhere, but they are well-entrenched into various institutions and also into sections of the media. They are trying to join the bandwagon of the negative campaign."