A video shows some people standing shoulder to shoulder as others read namaz outside Jamia Millia Islamia University in Delhi. 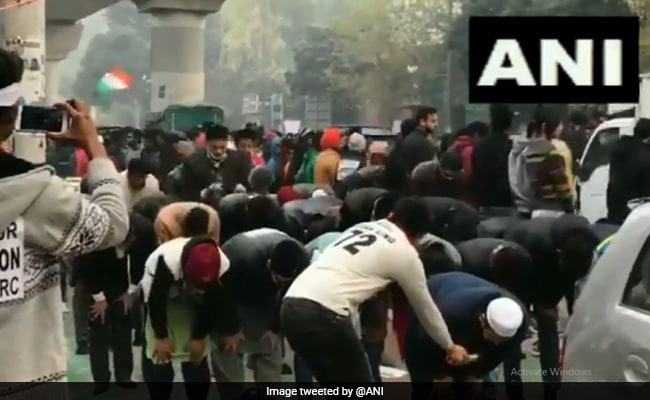 In Delhi, a video shows some people forming a human chain around others reading namaz.

People of different faiths today formed a human chain around Muslims as they offered namaz in the national capital. The heartwarming scene played out in the middle of a protest against the Citizenship Amendment Act (CAA) that took place outside the gates of Jamia Millia Islamia University in southeast Delhi, reports news agency ANI.

Last Sunday, in contrast, a protest by students of Jamia Millia Islamia ended in a pitched battle with the police, with the cops entering the university and detaining students.

A video shared by ANI on Twitter shows some people standing shoulder to shoulder as others read namaz - an act of worship in Islam that is observed five times every day at prescribed times.

#WATCH Delhi: Students and other people of Muslim community offered Namaz outside the gates of Jamia Millia Islamia university. Members of other faiths formed a human chain around them. pic.twitter.com/FEPZOqI1MX

The video has been viewed over 60,000 times since it was shared on the microblogging website just a few hours ago.

Protests against the controversial Citizenship Amendment Act, often ending in clashes with the police, have swept the country. A number of people gathered at various venues in Delhi today, despite massive police deployment and a ban on large gatherings.  Voice, internet and SMS services were also snapped in some parts of Delhi. Simultaneous protests are also being held in multiple cities across the country.

Protesters say the Citizenship Act, which aims to expedite citizenship for non-Muslim migrants, discriminates against Muslims and is in violation of the constitution.