The accident occurred in Peer ki Gali - a mountain pass on the historic Mughal Road in Poonch district. 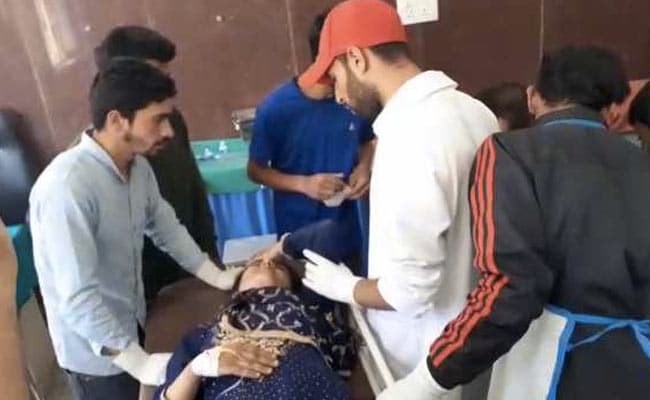 Seven people have been injured in the accident

Eleven students, including nine girls, were killed today in an accident after the minibus they were travelling in fell into a deep gorge in Jammu and Kashmir. The victims were students of a Poonch-based computer coaching institute and were on their way to a picnic.

Seven people have been injured in the accident and have been taken to a hospital in Shopian, police said.

The accident occurred in Peer ki Gali - a mountain pass on the historic Mughal Road in Poonch district.

Jammu and Kashmir Governor Satya Pal Malik extended his condolences and announced an ex-gratia of Rs 5 lakh each to the family of the victims.

The Governor has also directed the administration to provide best medical treatment to the injured, his spokesman said.

"The news of the death of 11 students including 9 girls in a tragic accident in Jammu and Kashmir has pained me. My heartfelt condolences to the families of those children killed in this accident and I pray for the early recovery of the injured," Mr Gandhi said.

The Mughal Road connects Poonch and Rajouri districts of Jammu division with the Valley. Due to heavy snowfall, the road remains closed during the winter months.

with inputs from agencies