The Tripura government will help the surrendered cadres in housing, recruitment, education, etc, the statement said. 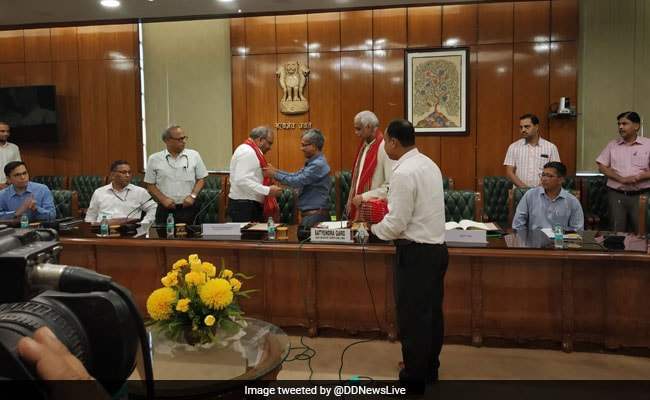 Peace pact was signed between the governments of India and Tripura, and the NLFT.

The Centre signed on Saturday a pact with an insurgent group of Tripura under which it has agreed to lay down arms and join the mainstream.

According to a Home Ministry statement, the tripartite Memorandum of Settlement (MoS) was signed by the governments of India and Tripura, and the National Liberation Front of Tripura led by Sabir Kumar Debbarma (NLFT-SD).

The NLFT-SD has agreed to abjure the path of violence, join the mainstream and abide by the Constitution of India, it said. The group has agreed to the surrender of its 88 cadres with their weapons.

The surrendered cadres will be given benefits under the Surrender-cum-Rehabilitation Scheme, 2018 of the Ministry of Home Affairs.

The Tripura government will help the surrendered cadres in housing, recruitment, education, etc, the statement said.

The central government will consider the proposals of the Tripura government regarding economic development of tribal areas of the state.

The NLFT has been banned under the Unlawful Activities (Prevention) Act since 1997 and has been involved in violence, operating from their camps across the international border.

The NLFT has been responsible for violent activities, including 317 insurgency incidents, in which 28 security forces personnel and 62 civilians lost their lives between 2005 and 2015.

Peace talks with NLFT were initiated in 2015 and there has been no violence by NLFT since 2016.