PDP Legislator Injured After His Vehicle, Attacked By Crowd, Turns Over 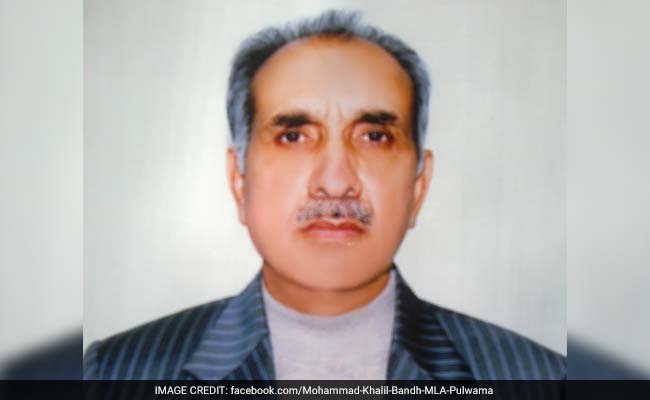 PDP's Mohammad Khalil Bandh was injured when his car, attacked by a mob, overturned on way to Srinagar

Srinagar: A lawmaker of Jammu and Kashmir's ruling PDP was injured when his car, attacked by a mob, turned over when he was on his way to Srinagar on Sunday night.

Mohammad Khalil Bandh, the legislator from Pulwama, was heading to Srinagar at around 1 am when a crowd started throwing stones at his car. As the driver tried to speed away, the vehicle flipped over, leaving the politician injured. He has been taken to an army hospital.

Many politicians of the PDP or People's Democratic Party have faced attacks in the violent protests that have followed the killing of Hizbul Mujahideen terrorist Burhan Wani in a police operation on July 8.

Over 40 have been killed in clashes with security forces and 2,000 have been injured. Over 600 have pellet injuries and may lose their eyesight.

The state government and its supporters have suffered a backlash over the past few days over the killing of 22-year-old Wani, the poster boy of new militancy in Kashmir, represented by young, educated boys from affluent families.

Though Mr Bandh was returning to Srinagar after visiting his constituency, many lawmakers have been accused of not reaching out to the people or even visiting their constituencies.

The home of a PDP activist was set on fire a day after Wani's killing. Several government buildings have been targeted. The orchard of a businessmen, reportedly close to PDP, with 7,000 apple trees, was also destroyed.

Kashmir has been under curfew for several days. Cellphone and internet services have been blocked in many parts of the state to prevent volatile rumours and newspapers have also been restricted.