"After 407 days of detention am informed that I am free to move about. Thank you rulers for small mercies while you inflict larger tragedies on our land," Naeem Akhtar tweeted. 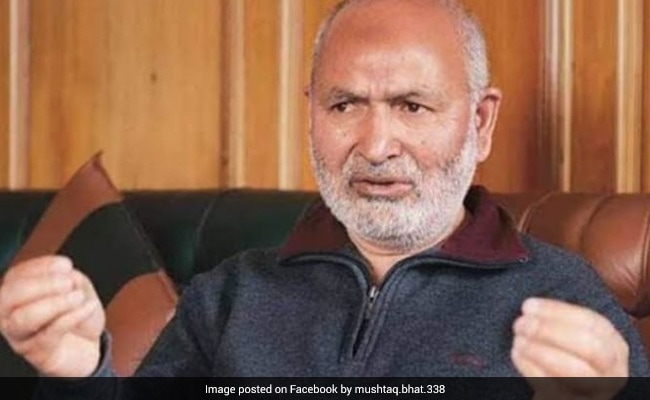 PDP leader and former minister Naeem Akhtar today said he has been set free by Jammu and Kashmir authorities after 407 days in custody since the abrogation of Article 370 in August last year.

"After 407 days of detention am informed that I am free to move about. Thank you rulers for small mercies while you inflict larger tragedies on our land," the PDP leader said in a sarcastic tweet.

Naeem Akhtar was among several mainstream politicians, including three former chief ministers of the erstwhile state -- Farooq Abdullah, Omar Abdullah and Mehbooba Mufti -- who were detained on the eve of the Centre's decision on August 5 last year.

Mr Akhtar was initially held at Centaur hotel on the banks of Dal Lake but was shifted to a government guest house on Gupkar road.

He was charged under the stringent Public Safety Act (PSA) later, which was then revoked in June this year.

However, several leaders, including Naeem Akhtar, were then shifted to their residences where they were kept under house arrest.