PDP leader also said that the delegation of foreign envoys visit to the region was a kind of "diplomatic tourism" being done by the government and said it will have no effect on the condition of the people. 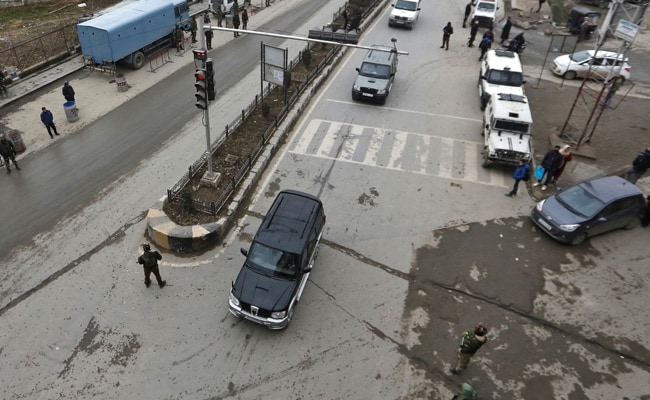 Former Chief Ministers like Omar Abdullah and Mehbooba Mufti have been under detentin since August 5.

Peoples Democratic Party (PDP) leader and Rajya Sabha MP Fayaz Ahmad Mir compared the Public Safety Act (PSA) in Jammu and Kashmir with the coronavirus in China by claiming people were afraid to talk about both the issues.

"There is democracy in this country, but if you say anything they impose the PSA virus on you. China has coronavirus and we have this. That is why people are afraid to talk on issues in Kashmir, they are afraid of them being detained under PSA," Mr Mir said.

"Even as a member of Parliament, I am afraid of PSA. Who knows when the police might come and arrest me," he added.

He further raised questions on the Centre's announcement of panchayat elections to be held in March in Jammu-Kashmir, to fill up the posts lying vacant in the region.

"The government is confusing the people on this topic. Last year they were claiming that they had conducted urban local body and panchayat elections. They had made claims about the voting percentage, how did these vacancies then arise?" Mr Mir said.

"Elections are usually held once every five years. But in Kashmir they are being held every three months, this reveals the condition of Kashmir. The government has on its own proven that no one participated in the elections held last year," he alleged.

Mr Mir also said that the delegation of foreign envoys visit to the region was a kind of "diplomatic tourism" being done by the government and said it will have no effect on the condition of the people.

Earlier on Thursday, the state election commission (SEC) had announced that the panchayat polls in Jammu and Kashmir will be held in eight phases for Kashmir and four phases for Jammu to fill 1011 sarpanch and 1639 panch vacancies.